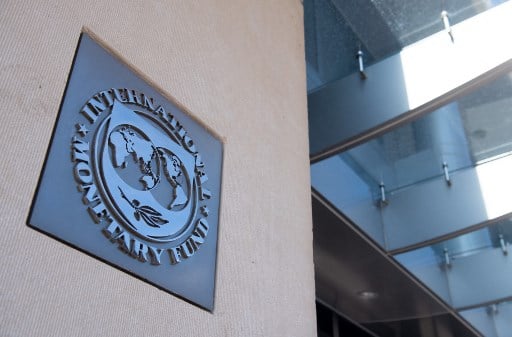 One of the hottest debates today is whether Kenya’s public debt remains sustainable. Debt sustainability analysis is simply about forming expectations about a country’s future debt service performance.

Analysts and credit rating agencies predict that Kenya’s public debt is unsustainable and it is time for the Treasury to reassess our debt sustainability record.

On the other hand, the Treasury maintains that Kenya’s public debt remains sustainable, a position that the Treasury Cabinet Secretary reiterated in his budget statement last week. To show its confidence in the sustainability of the country’s debt, Kenya will borrow a record amount of Sh930 billion in the next financial year. This confidence is backed by the IMF, which also maintains the same position that the country’s debt remains sustainable.

Before getting into the question of debt sustainability, there is an inconsistency in the budget. In the recent IMF Country Situation Report, the Treasury planned to put 781 billion shillings worth of Eurobonds into circulation within 18 months from April, with 550 billion shillings earmarked exclusively for managing the debt.

So far, Kenya plans to float a Eurobond before the end of this financial year, which is at the end of June. But in the budget, the Treasury states that the amortization of the foreign debt is only 262 billion shillings.

If the Treasury plans to refinance only Sh262 billion in foreign debt, does that mean that Sh519 billion is what it plans to borrow before the close of this financial year? Or has the Treasury disembarked from the IMF’s debt management program?

On the sustainability of Kenya’s debt, the IMF is misleading the Treasury, although this is not new. The IMF has a history of inaccurate forecasting of struggling economies; Greece in 2010-2012 and Argentina in 2018-2020.

First, in order to conduct a quality debt sustainability analysis, it is essential to accurately forecast a country’s economic growth prospects to determine the ability to meet its repayment obligation. But both the Treasury and the IMF always have an optimistic bias when modeling economic growth prospects. In this financial year, despite being knee-deep in a global pandemic that shut down nearly every sector of the economy, the Treasury had its growth target of more than three percent.

In the next financial year, the Treasury has a growth outlook of 6.3 percent and believes that we will achieve this even before we achieve herd immunity.

Second, the IMF’s debt sustainability analysis framework has been found to be significantly weak, which explains the late detection of debt-distressed economies.

Its debt sustainability analysis framework separates the balance of payments from the assessment of public debt sustainability. It uses a single template, which is public debt over GDP as the main indicator, regardless of internal and external vulnerabilities. For the IMF, if a country’s debt level allows it to roll over past-due debt with low risk and improve growth potential, then the country is on a sustainable path.

In reality, the cost of debt service income and the cost of exports of external debt service do not matter, which analyze the vulnerability of a country. This is the reason why the IMF in its report on the state of the countries said that Kenya’s public debt is sustainable and, at the same time, is at high risk of suffering problems.

The reality is that Kenya is already in debt; The recent Institute of Economic Affairs (IEA) Budget Approach Report notes that while Kenya has not exceeded the public debt-to-GDP threshold of 74 percent, which is now 63.4 percent in 2021, we have exceeded debt. public income and grants. threshold of 300 percent by 56 percent to 356 percent in 2021.

We have also exceeded the threshold for the ratio of debt service to income and grants, which is 30 percent to 38 percent to 68 percent in 2021.

So it is true that we are two financial years away from a collapse as IEA Executive Director Kwame Owino pointed out, and the IMF will be slow to call him.