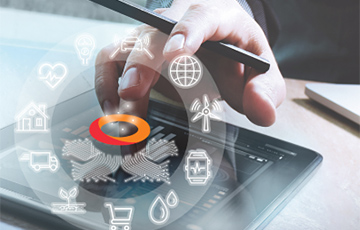 The state of the device test and web-based submission process accelerates the qualification of an increasing number of LoRaWAN devices entering the market.

To support the growing demand for LoRaWAN solutions, including sensor-enabled IoT devices, Senet has implemented a tiered device status designation that indicates the level of testing completed on its network. This test gives end users the confidence that devices listed on the Senet Marketplace are LoRaWAN® compliant and will produce predictable and reliable results when deployed on a large scale.

The new Senet Marketplace device status designations to include:

“Too often, IoT devices are deployed without the appropriate level of testing, leading to field failures, costly replacements or abandoned projects. These avoidable situations undermine one of LoRaWAN’s main value propositions, which is a ten to fifteen year lifespan of the final device without the need for physical intervention, “ said Bruce Chatterley, CEO of Senet.

“As the LoRaWAN ecosystem continues to grow, the Senet Marketplace is becoming a central hub for end users to find the latest devices and solutions. To support this growth and further remove barriers to entry, we continue to accommodate requests. of manufacturers and solution providers who wish to collaborate in the qualification and promotion of devices “.

To simplify and accelerate the qualification of an increasing number of devices entering the market, Senet has implemented a new web-based product presentation process. Device manufacturers who wish to extend their market reach, shorten the sales cycle and promote their products with Senet can submit device test requests using a Market submission form.

Device manufacturers interacting with Senet benefit from the qualified operation of the largest and most densely distributed public carrier-grade LoRaWAN network in the United States. Senet is currently deployed in over 29 states, covering over 1,300 cities, serving populations of over 55 million people, and processing millions of transactions every day.