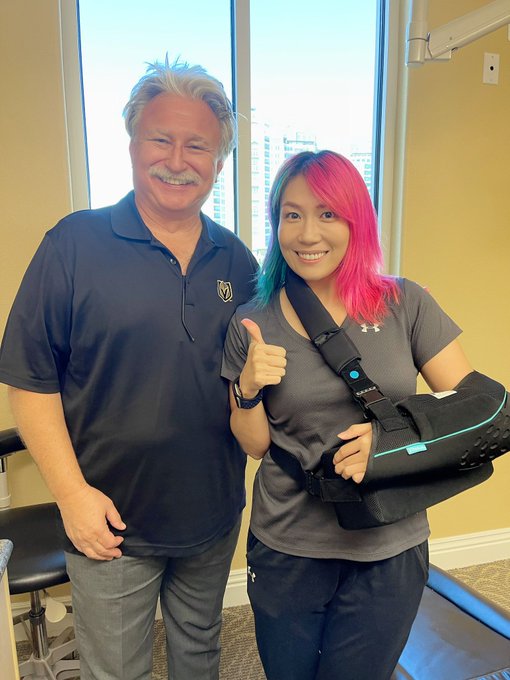 Yup, Asuka is still part of the WWE list. According to the WWE’s official website, The Empress of Tomorrow is still listed as an active wrestler on the roster.

However, it’s been weeks since Asuka was last seen on WWE TV. The former RAW The female champion last competed in WWE at Money in the bank pay-per-view in July, when she competed in the women’s ladder match.

In a previous social media post, Asuka let fans know that she eventually had her tooth replaced after it was removed a few months ago. During a match against Shayna Baszler, Asuka’s tooth was knocked out in one episode of RAW.

In the tweet, Asuka was also seen wearing an armband. It means The Empress of Tomorrow is still healing her injury, despite no official reports suggesting the former RAW women’s champion is actually injured.

Check out the tweet that was posted by Asuka:

I finally have some new teeth! It took 6 months since I lost my teeth😬
Thanks Dr. Byron M Blasco👨🏼‍⚕️

I finally have some new teeth! It has taken 6 months since I lost my teeth😬 Thanks Dr. Byron M Blasco👨🏼‍⚕️ https://t.co/eCsfEpfthd

As of this writing, Asuka remains quite active on social media and inactive on WWE programming. The former SmackDown women’s champion was also not cast in either RAW or SmackDown during this year’s Draft.

Asuka is best known for posting hilarious memes on Twitter and continues to do the same from time to time.

Asuka’s run in WWE so far

She was also the winner of the first Women’s Royal Rumble in 2018 and, in 2020, The Empress of Tomorrow won the Women’s Money in the Bank ladder match.

During her time with NXT, Asuka amassed an incredible streak of victories by defeating everyone who came close to her. On the main roster, she also won the WWE Women’s Tag Team Championships with Kairi Sane and Charlotte Flair.