Is Bradley Beal considering a trade request before the draft?
Advertisement 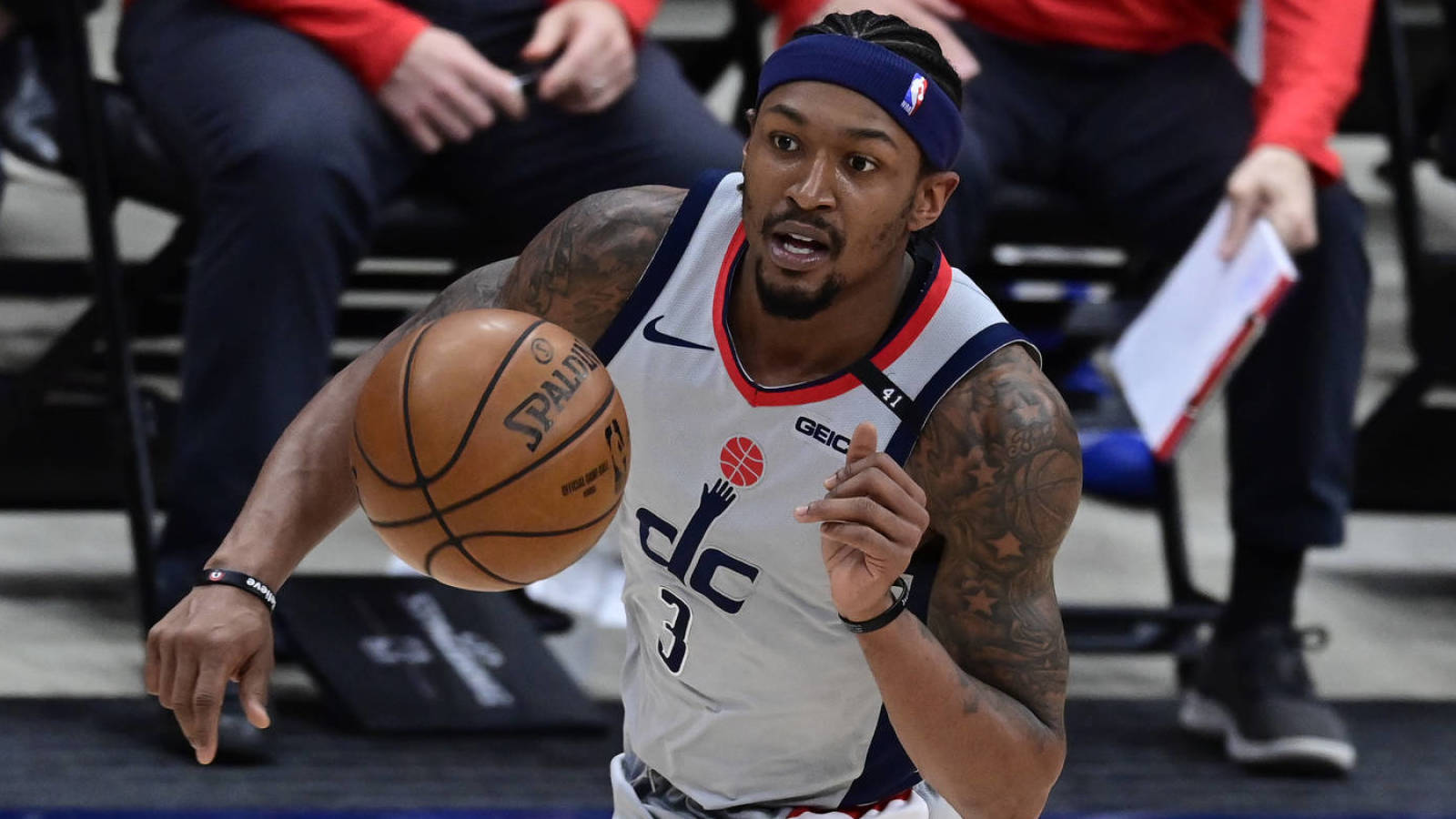 With the 2021 NBA Draft approaching, word has reached league headquarters that Washington Wizards star Bradley Beal is considering requesting a trade, according to Jake Fischer from Bleacher Report.

“He knows he has to make a decision before the draft,” a source with direct knowledge of Beal’s thinking told Bleacher Report. A second source close to Beal said his situation with the team is now fluid after the star remained dedicated to the franchise in years past.

The 28-year-old would like to land in an “established winning environment” if seeking a trade, adds Fischer. He would reportedly like to join teams like the Boston Celtics, Golden State Warriors, Miami Heat or Philadelphia 76ers.

Boston is an obvious choice for Beal, given his friendship with fellow St. Louis native Jayson Tatum. However, the Cs would probably have to give up Jaylen Brown on any deal for Beal, which might not be something they’re willing to consider.

Meanwhile, Golden State could pack the numbers. 7 and 14 picks in this year’s draft to acquire Beal. The Warriors could also offer James Wiseman, who was the second overall pick in the 2020 draft.

According to Athletic’s Marcus Thompson, Stephen Curry, Klay Thompson and Draymond Green “made it clear to management that they want the franchise to focus on the pursuit of a championship.” Beal is reportedly at the top of the trio’s wish list.

The Heat were rumored to have an interest in Beal before last season’s trade deadline. Miami would likely have to send Tyler Herro, Duncan Robinson, a first-round pick and more to the Wizards for a chance at the three-time All-Star.

As for Philadelphia, the Sixers would probably have to part ways with Ben Simmons and more for Beal.

Fischer mentions that Boston, Golden State, Miami and Philadelphia won’t be the only teams potentially chasing Beal this summer. The former third overall pick is expected to attract a lot of interest in the league.

In addition to the teams mentioned, the Los Angeles Lakers could put their name in the ring as they are reportedly looking for a veteran point guard this offseason.

According to NBA Analysis Network’s Evan Massey, the Wizards could also look to move Russell Westbrook this offseason if Beal is traded. The Lakers have reportedly shown interest in Westbrook.

Is Usain Bolt at the Olympics? The Tokyo Games are the first without a retired record holder since 2004

Tokyo Olympics: ‘Calm’ Nievarez sets top 3 to enter next round of rowing