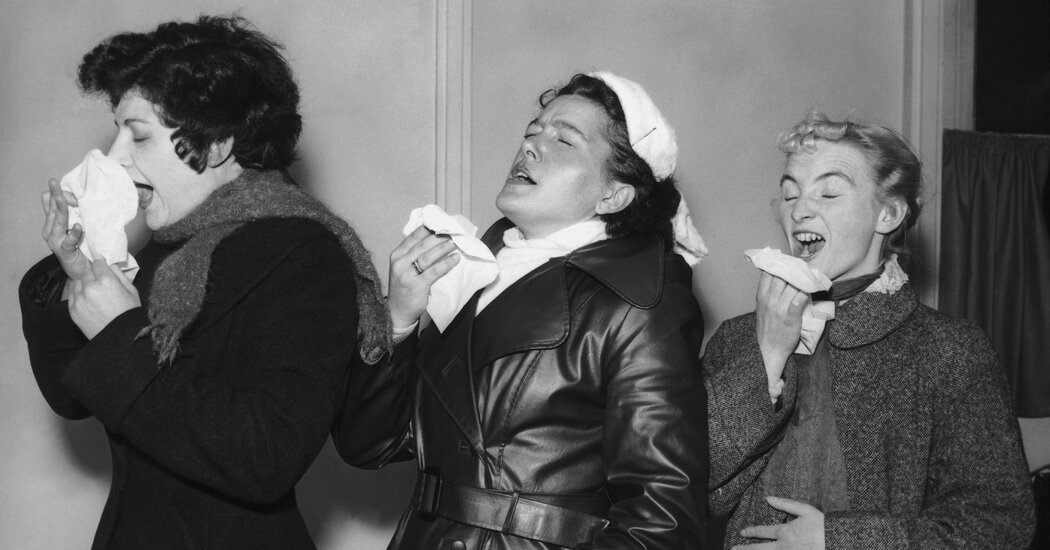 A bad cold hit New York City and much of the country this summer.

To remember? When did gathering on the street, in warehouses and bars seem legitimate, maybe even emotionally healthy? When, as this publication says, “New York felt alive again“? Oh how young we were 20 weeks ago.

The optimism of vaccines led to the celebrations; the celebrations led to rallies; and the reunions resulted in a group of us catching the summer cold (not to be confused with what was later identified as the wave of the Delta variant in the United States).

Of course, nobody likes to catch a cold.

Well, actually, that’s not quite true – I’ve come across some online forums dedicated to coughing and sneezing full of people who seem to appreciate cold symptoms. like them truly like them.

However, I think it’s fair to say that the vast majority of people don’t like catching a cold.

Not only had we forgotten what a cold felt like. Science has confirmed the fact that some of the colds that occurred last summer did indeed they were worse.

There was talk of “gay cold”, as some of us in the community called it, after the LGBTQ Pride celebrations in June.

Dr. Andrew Goodman, the medical director of the Callen-Lorde Community Health Center in Manhattan, which specializes in LGBTQ health care, said he noticed an increase in upper respiratory infections among his patients this summer. Many returned from gay party destinations like Fire Island and Provincetown, he said.

But he pointed out that, from a medical point of view, this wasn’t shocking.

“People would get together and party, and for 18 months we were apart,” says Dr. Goodman said in an interview with Zoom. “And so, now, these bugs are gathering and partying too.”

To be fair to all of us complaining, having a cold right now is particularly unpleasant. Wearing a face mask can help slow the spread of the common cold, but wearing one while sick is, scientifically speaking, disgusting.

Like the comedian Guy Branum he joked on Twitter in October: “I sneezed full in a mask and it did its job, but at what cost?”

But sometimes worse than stewing in one’s own juices (sorry) is the reaction that cold symptoms can cause in other people.

The Centers for Disease Control and Prevention estimate that most adults in the United States contract two or three colds every year. But even though the common cold is (again, sorry) common, the coronavirus pandemic has amplified anxieties about communicable diseases.

People with colds at this time have experienced a variety of backlash from coughing or sneezing in public. And it’s not always just about dirty looks from strangers on the subway.

Carlie Guadagnolo-Edwards, who works in sales at a Sacramento television station, was on a doctor’s appointment Tuesday with a wrist problem. He also had a cold, which didn’t get along very well with the doctor’s receptionist.

“The amount of suspicion I was treated with when I had the audacity to sneeze, you would think it insulted the receptionist’s mother in the face,” Ms. Guadagnolo-Edwards, 27, said in a telephone interview.

She explained that she was fully vaccinated and that she was particularly careful about masking and social distancing as her husband is immunocompromised, but the receptionist still kept his distance, physically and socially. Eventually, the appointment went as planned.

According to Luna Dolezal, an associate professor of philosophy who studies the impact of shame in medicine at the University of Exeter in Britain, a situation like that experienced by Ms Guadagnolo-Edwards is far from rare.

Professor Dolezal said in an interview with Zoom that there is an imbalance of power inherent in a medical appointment that could induce shame, but also “the stigma has become so widespread that coughing means something much more than before”.

Watch out. According to Professor Dolezal’s research, feeling ashamed about a medical condition can exacerbate health problems and discourage some patients from seeking treatment.

But obviously none of us, including Professor Dolezal, are immune (again, I’m so sorry) from judging or being judged.

“I’ve had a cold for the past two weeks and every time I cough I feel compelled to say ‘Don’t worry, I’ve done a PCR test,'” she said.

To put it simply, if you get sick right now, you may feel ashamed or ashamed. It is a poor prognosis.

The good news is if someone is bothering you with a cough or sneeze, at least you can be fine with kvetching to your friends. Some research shows that complaining and joking can increase bonding and group identification.

Many of us will get colds and colds will feel bad. Many of us will feel guilty about having those colds – indicators that we may have socialized without enough distance – and this will make us feel worse. But at least we will have a lot of people around us that we can feel bad about together.