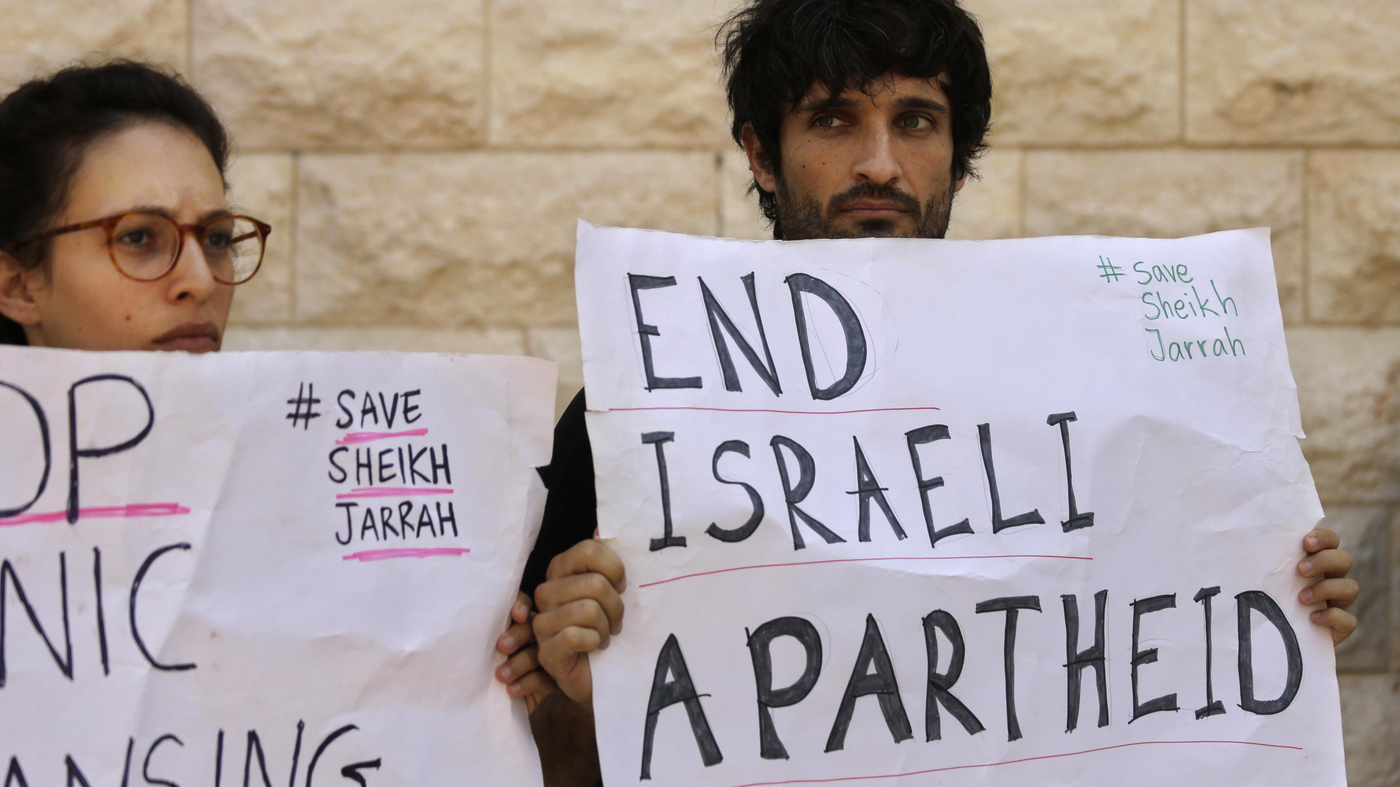 Protesters hold placards during a hearing on possible evictions of Palestinians from Jerusalem’s Sheikh Jarrah neighborhood, in front of the Israeli Supreme Court in Jerusalem on Monday, Aug. 2, 2021.

Protesters hold placards during a hearing on possible evictions of Palestinians from Jerusalem’s Sheikh Jarrah neighborhood, in front of the Israeli Supreme Court in Jerusalem on Monday, Aug. 2, 2021.

JERUSALEM – Israel’s Supreme Court on Monday launched a pledge that would prevent the evictions of dozens of Palestinians in East Jerusalem from Sheikh Jarrah, where attempts by Jewish settlers to drive them from their homes helped spark an 11-day war between Israel and Gaza militants. In May.

The lower courts of Israel have approved the evictions of the four families. They decided that their houses were built on land owned by Jews before Israel was established in 1948.

But weighing a final appeal from the residents, the court suggested a compromise that would give them “protected” status.

The agreement would protect them from eviction for many years, but would leave the question of legal ownership unanswered, said Ahmad Amara, a consultant to the residents’ legal team.

He said the court gave the parties a week to respond.

The Supreme Court had been scheduled to issue a ruling in May, but delayed its decision after the attorney general asked for more time to consider the cases.

The eviction threats fueled protests and clashes in the run-up to the war and pose a test for Israel’s new ruling coalition, which includes three pro-settlement parties and a small Islamist faction. In the interests of unity, the government has tried to sideline Palestinian problems to avoid internal divisions.

Weeks of unrest, highlighted by the harsh tactics of the Israeli police against residents and protesters who supported them, garnered international attention ahead of the 11-day war between Israel and Hamas in May. A ceasefire went into effect on May 21, but the Jewish settlers’ campaign to evict dozens of Palestinian families has continued.

The settlers have been waging a decades-long campaign to evict families from the densely populated Palestinian neighborhoods outside the Old City walls, in one of the most sensitive areas in East Jerusalem.

The settlers say the houses are built on land that was owned by Jews before 1948 surrounded the creation of Israel. Israeli law allows Jews to claim that property, a right denied to Palestinians who lost land and homes in the same conflict.

Jordan controlled east Jerusalem from 1948 to 1967. The families, who became refugees during the 1948 war, say the Jordanian authorities offered them their homes in exchange for giving up their refugee status.

Things changed after Israel captured East Jerusalem, along with the West Bank and Gaza, in the 1967 Middle East War, and annexed it in a move not recognized internationally. The Palestinians want the three territories for their future state and see East Jerusalem as their capital.

In 1972, groups of settlers told families that they were encroaching on Jewish-owned land. That was the beginning of a long legal battle that in recent months has culminated in eviction orders against 36 families in Sheikh Jarrah and two other neighborhoods in East Jerusalem.

Israeli human rights groups say other families are vulnerable as well, estimating that more than 1,000 Palestinians are at risk of eviction.