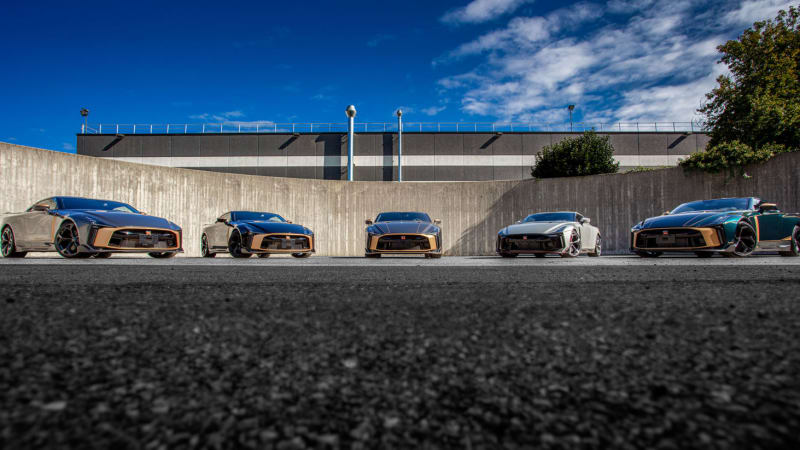 The Italian design house ItalDesign has reached an important milestone. He has finished building the first five examples of the GT-R50, a limited edition supercar based on the GT-R and developed in collaboration with Nissan, and sent the initial batch of cars to customers all over the world.

Unveiled as a concept in June 2018 and introduced as a production model In December of that year, the GT-R50 was created to celebrate the 50th anniversary of both ItalDesign and the GT-R. It’s clearly an evolution of Godzilla, but it wears a specific design that gives it a more futuristic look than the regular production car. Each coupe is tailor-made by hand in Turin, Italy, and the company notes that it will not build two identical units. Customers are invited to configure their car by selecting the exterior paint and interior materials, among other details.

One of the first cars was inspired by the GT-R show car presented in 1972; ItalDesign has developed a paint color called Verde Kenmeri specifically for this. Two of the others closely resemble the concept presented to the public at the 2018 edition of Goodwood Festival of Speed.

Production is limited to 50 units globally; It will be interesting to see how the rest of the series will be configured. And, while we don’t expect to see a GT-R50 with 200,000 miles go through the auction block in 2030, is a model that meets the same standards as the regular GT-R. Nismo was particularly involved in the development process to ensure that the GT-R50 offered performance and reliability on par with the GT-R. It was easier said than done: about 12% of the parts that make up the 710-horsepower engine are new, including the turbochargers, pistons, connecting rods and crankshaft. Lessons learned from years of racing in the GT3 category helped shape many of the changes.

ItalDesign did not disclose if there are any build slots left. If you are interested, keep in mind the GT-R50 has a base price of $ 1,126,799.