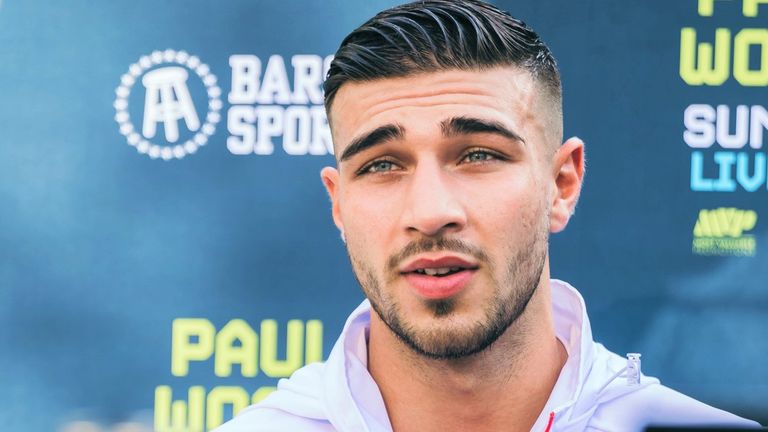 Jake Paul has questioned whether Tommy Fury has a “heart like his brother” Tyson Fury and believes his British rival will “break under pressure” in their fight over a grudge.

The American social media sensation will resolve its heated feud with Fury when they share the ring in Tampa on December 18.

Fury has a record of seven unbeaten fights, but Paul was quick to despise his opponent’s previous victories.

“He was only put there with opponents who should have lost,” Paul said at the kick-off press conference.

“This is his first real test where his opponent is not a guy who is about to flop.

“He has no idea what he’s getting himself into. This is his first time under the big lights, on the big stage, and he’s about to collapse under pressure.”

Paul is also undefeated in four fights, although he acknowledged that in Fury he will face his first recognized boxer. Look back on a heated confrontation between Paul and Fury. Footage courtesy of @DevSahni_

“The great thing about this fight is the unknown,” said Paul, who knocked out two former UFC fighters.

“Is it really a Fury, or will we find out it’s only half a Fury?”

“He has a heart like his brother, or is he just living in the shadow of his brother.

“The great thing about this fight is entering the unknown, because this is also the first time I have faced a real boxer, what does that mean?

“We will only see who has worked more, who wants it more and who has that dog inside him”.