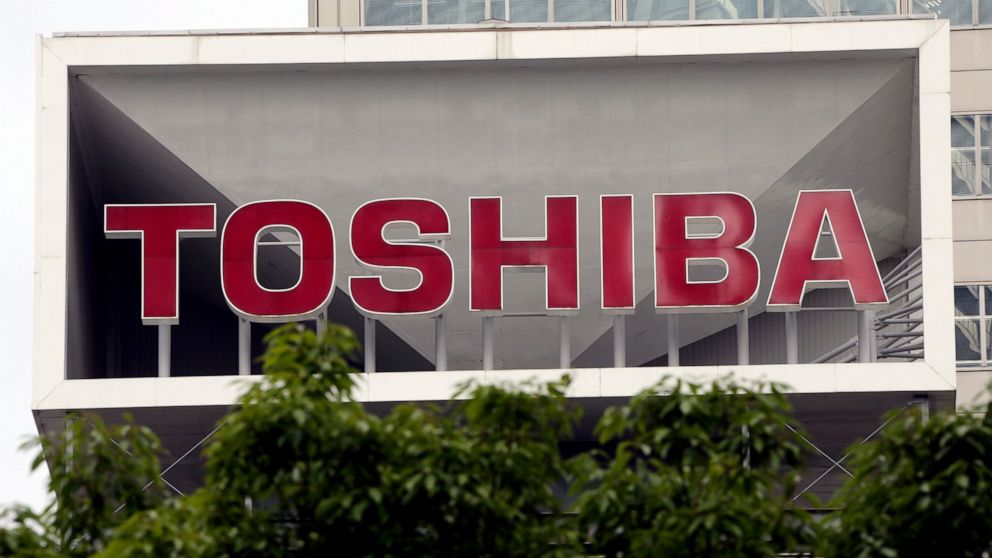 TOKYO – Japanese tech conglomerate Toshiba said Friday that it is restructuring to improve its competitiveness by unbundling its energy infrastructure and computing device businesses.

The spin-off of the energy infrastructure will include nuclear operations from Tokyo-based Toshiba Corp., including decommissioning efforts at the Fukushima nuclear power plant which collapsed after an earthquake and tsunami in March 2011.

The energy business will also include the company’s activities in the sustainable energy and battery sectors. Its annual sales amount to approximately 2 trillion yen ($ 18 billion).

The other spin-off and standalone company includes Toshiba’s computing devices and storage operations, with annual sales of 870 billion yen ($ 7.6 billion).

Toshiba will remain an independent third company, which owns what remains, such as its flash memory company Kioxia Holdings Corp. and Toshiba Tec Corp., which manufactures office equipment.

Such a major restructuring is unusual for a large Japanese company. But Toshiba isn’t alone in deciding that a sprawling conglomerate may not be the best fit for the times.

Earlier this week, General Electric announced it was splitting into three public, aviation-focused companies. health care and energy. Like Toshiba, GE struggled under its own weight and decided to streamline its core business after a lengthy overhaul.

Toshiba said its restructuring will be completed by March 2024. The separation of the companies’ financial results will begin this fiscal year, he said.

Chief Executive Satoshi Tsunakawa said the two types of spin-off businesses were very different, with the device business cycle much faster than the infrastructure business and the devices business requiring heavy investment.

“It will unlock immense value by removing complexity, enable companies to have much more focused management, facilitate agile decision making, and separation naturally improves choices for shareholders,” Tsunakawa said of the new structure.

In a statement to shareholders, Toshiba said its “bold and ambitious plan” followed a five-month review by the board’s strategic committee.

Management line-ups and spin-off names will be announced later, according to Toshiba. He said adjustments to his operations and workforce were still undecided.

On Friday, Toshiba released a statement promising to strengthen its corporate governance. An investigation by a governance group found no illegality, but some managers were involved in dubious practices related to blocking the views of some shareholders.

Toshiba has periodically run into governance issues, including a 2015 scandal about books that have been falsified for years to inflate earnings.

Since then, the company has eliminated thousands of jobs and sold parts of its expanding business.

Also on Friday, Toshiba reported a profit of 41.8 billion yen ($ 367 million) for July-September, more than double the 14.8 billion yen a year earlier.