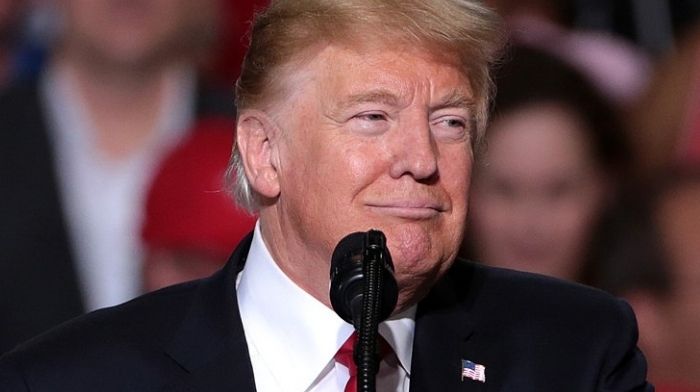 By Charles Lipson for RealClearPolitics

Last week, John Durham’s grand jury issued its third criminal indictment in the Trump-Russia collusion hoax. The person who was arrested can be obscure; the news may have been buried after the explosive election results in Virginia; but Durham’s move is a big deal.

It proves that the Special Advisor’s investigation is methodically uncovering a massive conspiracy, ostensibly engineered by Hillary Clinton’s 2016 campaign and implicating James Comey’s FBI, both as a willing participant and as completely incompetent boobs.

The latest indication also harms the mainstream media, which is why so many news outlets have ignored or underestimated it. After all, they’ve been running a false story for years and aren’t at all keen to revisit it.

Other losers are the prosecutors assembled by Robert Mueller, most of them Democrats, who have had reams of this harmful information and ignored it.

RELATED: The Russian Durham probe discovers a large fish: the “primary” figure in Steele’s dossier has been arrested

What Durham and some intrepid reporters are discovering may be the most ambitious dirty trick pulled into an American election and its aftermath. The question now is whether Durham can expose the full extent of this wrongdoing and blame those who planned and executed it.

Durham’s latest indictment accuses Igor Danchenko (pictured) of lying to the FBI multiple times. Danchenko, who worked at the Brookings Institution as a Russian expert, may not be a household name, but he was a crucial player in making up the false story that Donald Trump was teaming up with the Kremlin to win the White House.

The FBI continued to track him long after they had ample evidence to know that it was a concoction. House Democrats held out even longer, basking in full, uncritical media coverage. It was all false.

Danchenko’s accusation is important because his bogus information was the heart of the “Steele dossier”, which, in turn, was the heart of the anti-Trump investigation. The dossier was compiled by a former British spy, Christopher Steele, who had been hired by people who worked for Clinton. Steele said his information on Trump, including the salacious sexual allegations, came from Russian sources.

It was not so. It came from Danchenko, who worked in a Washington think tank. As Danchenko admitted to the FBI, much of what he told Steele was old rumor or exaggeration. Some of them appear to have been simply fabricated. Steele incorporated it and the Democrats implemented it.

The FBI interviewed Danchenko multiple times in January 2017, around the time Trump was in office. Comey’s FBI had already received the file and his agents were trying to verify his allegations. They couldn’t do it, and Danchenko’s admissions told them why. His interrogation should have immediately prevented the FBI from using the file to investigate Trump.

So it should be a warning from Bruce Ohr, the Justice Department’s highest career official, that Steele was heavily biased. The FBI blew up these red lights.

The office continued to use the bogus information to request secret warrants from the Foreign Intelligence Surveillance Court to spy on Carter Page and, through him, others connected to Trump. Officials falsely told the court that the warrant information was reliable and verified when they knew neither was.

What the warrants say, in essence, is, “We have to spy on Carter Page because we think he’s an enemy agent.” But the FBI already knew it wasn’t. This means they were trolling for more information. How did the FBI know Page was on our side? Because they asked the CIA and were told, quite explicitly, that Page was helping them, not the Kremlin.

The CIA provided this information in defense to the FBI attorney, Kevin Clinesmith, who altered the message to say that Page was Not work for the CIA. His alternation was criminal and he pleaded guilty after Durham accused him.

The story gets worse. Although Clinesmith altered the CIA message for FBI use, he also provided his superiors with the real CIA communication. So, his bosses knew the real story. They weren’t interested in the truth, which they kept secret from the FISA court to continue spying on Page. If there is still justice in Washington, those responsible for this parody will be held criminally responsible. Page may also have a civil lawsuit against them.

As the FBI sank into its political mission, it took other revealing measures. Most notable was Director Comey’s meeting with the incoming president in early January 2017. Comey told Trump that the FBI had acquired some malicious materials about him, but pointed out that they were not yet verified.

As Comey’s own aides warned him that the communication could be seen as some sort of blackmail threat, the kind that marked J. Edgar Hoover’s warrant.

Comey’s meeting with the president had another important consequence. Until then, even anti-Trump news reports had been cautious about mentioning the dossier (which Clinton’s team was buying them) because they couldn’t actually verify any of the vital details. That reticence changed with Comey’s briefing, which was news in its own right.

The story has now turned: “FBI chief briefs President-elect Trump on salacious dossier, revealing overwhelming information the Kremlin could use to blackmail Trump.” One online store, BuzzFeed, has gone further. He published Steele’s entire dossier and the media frenzy began.

Remember, this whole story was made up and paid for by Hillary Clinton’s campaign and provided to the FBI and the media by her lawyers and associates. The FBI, which should have been able to quickly prove the story to be false, continued its investigation and fueled the frenzy.

Although the dossier was commissioned to sink Trump in November, it still came in handy after he won the election. Trump’s opponents could use him to thwart his embryonic administration, and that’s exactly what they have done. With the full support of House Speaker Nancy Pelosi, House Intelligence Committee Chair Adam Schiff spent three years beating the “Russian collusion” hoax.

RELATED: Roger Stone: The Sussmann case is the tip of the iceberg in the government plot to frame me

Schiff’s constant media appearances claiming he had conclusive evidence of the Trump-Russia collaboration continued long after receiving confidential briefings that demolished his story. The briefer was former National Intelligence director John Ratcliffe, and he confirmed those meetings with Schiff and his Senate counterpart, Mark Warner.

It doesn’t matter to Schiff, who kept repeating his claims and carrying out his full-scale investigation. Verdict first; then the investigation. It was all part of a four-year battle, first to prevent Trump’s election, then to undermine his presidency, and ultimately to damage his chances of re-election.

The Clinton team launched this operation with professional competence. The goal was to produce a powerful anti-Trump story, using any material possible, then share it with the media (to vilify Trump) and the FBI (to initiate a major investigation and ensnare Trump). Ideally, the campaign’s involvement would be hidden, removed from the malicious report by different layers of lawyers, opposition researchers, camp followers and vials.

To provide that isolation, the campaign used attorney Marc Elias, then at Washington’s Perkins Coie law firm (where Michael Sussmann was a recently indicted colleague), to hire an opposition research firm, Fusion GPS. That company, led by former journalists Glenn Simpson and Peter Fritsch, in turn hired Steele, an Englishman who had previously worked for his country’s intelligence services, to produce the malicious file.

To translate some Russian materials, Fusion GPS hired Nellie Ohr, whose husband, Bruce, learned how biased Steele was and told the FBI to treat Steele and her information with caution.

The FBI agents ignored that early warning and everyone else. They quickly learned that Steele’s material was a mirage, thanks to their interviews with Danchenko. They also confirmed that Steele’s dossier depended on Danchenko, so his claims of “Russian procurement” were false. By interviewing Danchenko’s sources, they learned that their third-hand statements, used in the dossier, were mainly rumors and “bar chatter”.

The prosecution team assembled by Robert Mueller should have known all this too. They had full access to this material on the FBI’s behalf on day one and ignored it. A year and a half later, when Mueller himself testified before Congress, he didn’t even know what Fusion GPS was.

At that point, Mueller seemed to have a real difficulty remembering the details of his own investigation. His team of lawyers had no such excuses. Hired by Mueller’s chief deputy, Andrew Weissmann, they were among the sharpest and toughest prosecutors in the country – and the most partisans. The more Durham finds out, the worse Mueller’s team will be.

Looking at this evidence, Kimberly Strassel of the Wall Street Journal concluded that the Steele dossier was misnamed. It should be called the “Clinton dossier,” he says, since Hillary commissioned it, paid for it, and had her aides broadcast it to the media, the State Department and the FBI.

It was a large-scale, coherent, well-organized and well-funded disinformation campaign. It was rotten to the core.

The question now is whether John Durham can find enough evidence to accuse those who planned and executed it. The debit documents he submitted for Danchenko and Sussmann are much more extensive than the minimum necessary. They suggest Durham has gathered ample evidence of a larger conspiracy.

Will he be satisfied with the capillaries now that he has the jugular in sight?

Charles Lipson is Professor Emeritus of Political Science Peter B. Ritzma at the University of Chicago, where he founded the international politics, economics and security program. Can be reached at [email protected].