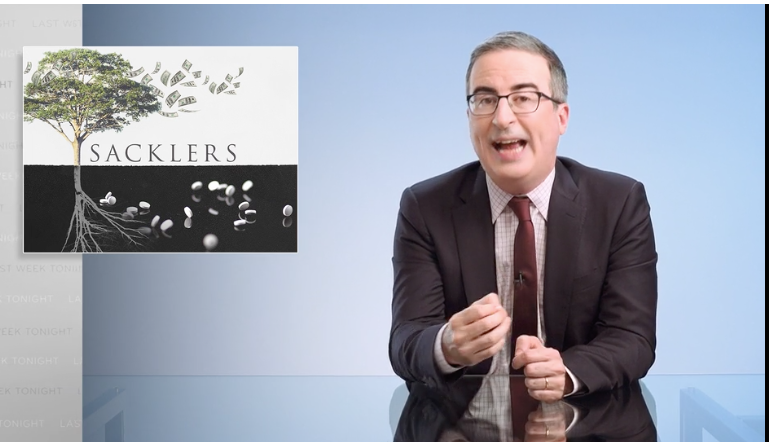 As the pandemic continues and the opioid crisis shows no signs of slowing down, John Oliver dedicated Sunday night’s episode of Last week tonight to Purdue Pharma, the company that developed the prescription pain reliever OxyContin. Oliver has covered the epidemic in two previous segments and is reviewing the issue, as the CDC estimates there were more than 93,000 drug overdose deaths last year, up from 72,151 deaths in 2019.

“We want to focus on just one company tonight, Purdue Pharma, whose launch of OxyContin possibly fueled the opioid crisis,” he said.

The family behind Purdue are the Sacklers, the descendants of Raymond and Mortimer Sackler who inherited the business after his death.

“In recent years, both the business and the family have been investigated by the Justice Department and have faced thousands of lawsuits brought by state and local governments, Native American tribes, hospitals and individuals,” Oliver said. “And they have spent years working with an army of lawyers trying to negotiate his exit.”

These actions resulted in a major victory against Purdue last October, after the company pleaded guilty to multiple crimes, including defrauding regulators and paying bribes to doctors. This is all part of a larger plan that caused Purdue to file for bankruptcy and, in March, they presented a reorganization plan that ended the Sackler property. The bankruptcy confirmation meeting will be held later this week.

Find out more about the Sacklers and how they can potentially get out of this situation not only mostly unscathed, but also richer for their efforts, through the segment below that starts at 7:38.