Workers are leaving the retail industry in droves

Junk Science Week: This Just Got In: Biological Sex Is A Myth!

what your rate setters have said By Reuters 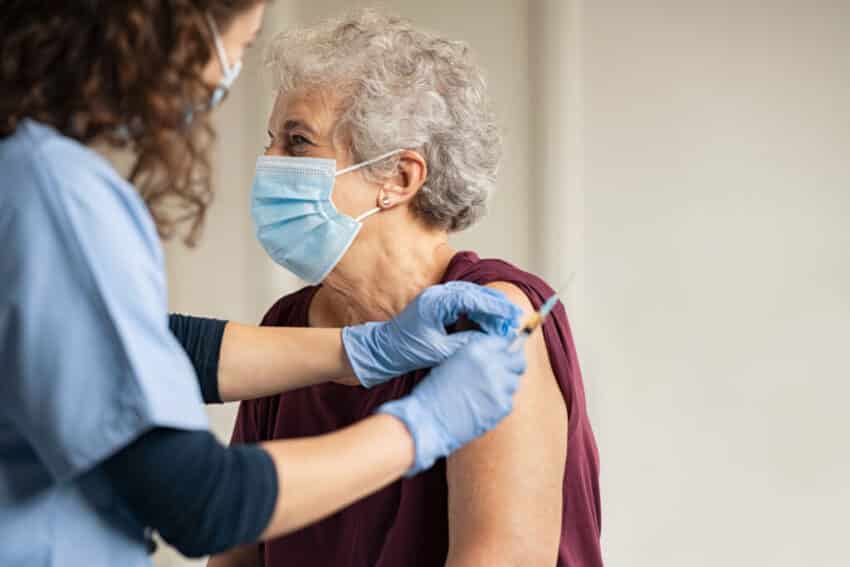 Ministers are considering delaying the end of coronavirus restrictions for a month to give companies “certainty” and allow more time for people to receive two vaccines.

Plans are being discussed for a two- to four-week delay until the final easing of restrictions on June 21, if the Indian variant of the coronavirus continues to cause a significant increase in infections and hospital admissions.

The variant now accounts for nine out of ten cases and health leaders yesterday called for a delay to prevent hospitals from filling up with unvaccinated patients.

Ministers are concerned that a two-week delay will not give companies the certainty they need because it might have to be extended. They said a four-week delay would ensure that more people in their 40s have received two injections and that the vaccines have had time to work. “It’s about giving people certainty,” the source said. “The worst case scenario is that we ease the restrictions and then we have to implement them again. It has to be a one-way ticket. “

Some scientific advisers believe that a month-long delay pushing the end of restrictions on school holidays will allow vaccination to catch up with the most rapidly spreading strain.

However, another cabinet source said they believed a two-week delay would be sufficient. “By June 21, everyone over 50 who wants a second jab should have received it,” the source said. “You just have to wait a couple more weeks for everyone to have full antibody protection. In that moment, he has truly protected the vulnerable.

“Of course there are companies that want us to stay with June 21, but when Rishi [Sunak, the chancellor] is to let it be known that he would be happy with a delay, you know that the discussion is already over. “

They said there was a possibility that the restrictions would be lifted on June 21, although this is seen as increasingly unlikely. Boris Johnson is expected to wait until Sunday to review the latest figures before making his decision.

“A proper reopening is still at stake, but considered unlikely,” a government source said. “Older people are defending that. The argument is that we are going to have new variants all the time and we have to learn to live with them. “

The prime minister is expected to reject a “mix and match” approach to ease lockdown restrictions amid concerns that it would confuse the government’s messages. However, if there is a delay in lifting the restrictions, weddings will be exempt. The 30-person limit for wedding ceremonies, receptions and baptisms will end independently on June 21. Wembley could also be allowed to host 40,000 fans for the knockout stages of the European Championship.

A delay to the end of the lockdown restrictions is likely to cast doubt on the timeline for the large-scale return of international travel. Currently, there are no popular destinations on the government’s green list.

Health chiefs came to light yesterday to call for a delay until the end of the restrictions, and Danny Mortimer, deputy executive director of the NHS Confederation, said: “The government must now be ready to delay the June 21 deadline for further ease restrictions, to help reduce the rise in infections, ease pressure on the NHS and keep the public safe. “

Jim McManus of the Association of Public Health Directors said that “patience now will pay off in the long term,” arguing that a delay “will help prevent a further increase in cases, particularly in areas experiencing high or high transmission. durable “and allow time for more people to be vaccinated and protected against the Delta variant.”

A further 7,393 cases were reported in Britain yesterday, with a moving average of 63 percent week-over-week. There were 147 more hospital admissions in England, averaging 50 percent in three weeks.

Matt Hancock, the health secretary, said yesterday that the Delta variant that originated in India accounted for 91 percent of all cases in England. But he declined to be asked whether the end of the restrictions on June 21 would go ahead, saying “the most important fact” to establish was how vaccines have changed the link between cases and deaths.

Figures released yesterday show that the virus is spreading much faster in younger unvaccinated groups, with infection rates in people in their twenties 18 times higher than those in their eighties. People aged 20 to 29 have rates of 121 per 100,000, four times higher than three weeks ago, according to Public Health England, while the increase is much slower in the older age groups who have been vaccinated.

The Covid-19 Symptom Study at King’s College London estimates that the daily risk of contracting the disease is one in 22,455 for those who are fully vaccinated, but increases to one in 7,901 for those who have received a single dose and one in 2,908 for the unvaccinated. Tim Spector, who is leading the project, said: “The race has begun to fully vaccinate the entire population to save lives and return to normal life.”

US Approach to Beating Pandemic By Reuters