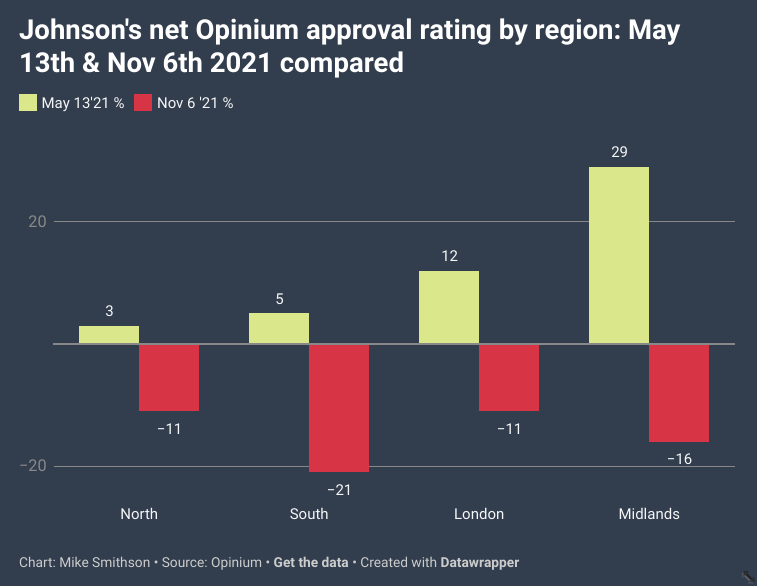 As we saw last night, the latest Opinium poll for the Observer saw Johnson drop to his worst net approval rating since becoming Prime Minister.

I thought it might be useful to see if there is a regional difference in the change in his ratings. The chart above compares last night’s poll to approval votes in mid-May, when the prime minister was enjoying the full benefits of his vaccine boost.

As you can see, it is the Midlands where there has been the most change and this could be of concern for the number 10. It was that region that saw many of the gains at GE2019 that led to Johnson’s vast majority.

In betting a Tory majority now has a 39% chance.