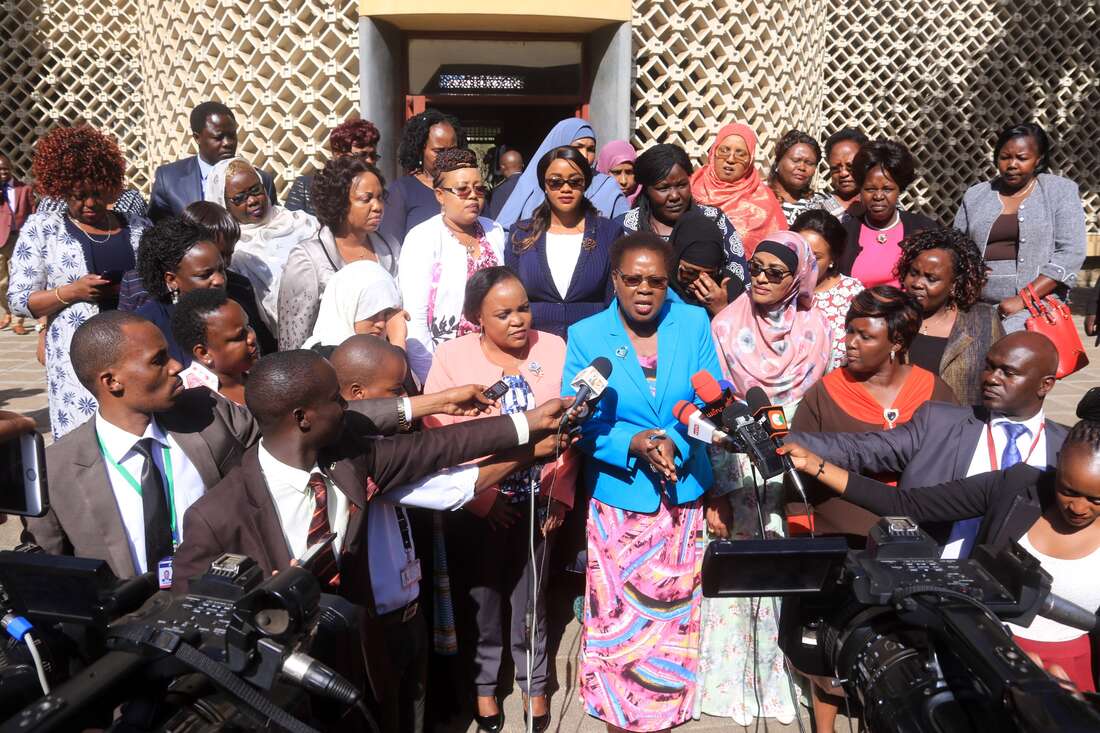 Men dominate Kenya’s economic, political and social spheres despite the fact that women make up the majority of the population.

Lack of empowerment has prevented women from occupying high leadership positions like their male counterparts.

With limited opportunities, their roles have been reduced to farms where they perform labor-intensive jobs to maintain their livelihoods.

Nowhere is the disparity more visible than in the political arena where men ran the show. And despite the increase in the number of women parliamentarians over the years, this is a small proportion compared to its population.

This is supported by the latest report from the United Nations Development Program (UNDP) and the Government of Kenya titled ‘Consolidating Democratic Dividends for Sustainable Transformation in Kenya’ which shows that only 21.78 percent and 30 percent , 88 percent of women sit in the National Assembly and the Senate, respectively, compared to Rwanda. , whose legislators represent 61.25 percent.

Kenya is also behind Burundi (38 percent), Tanzania (36.9 percent), Uganda (34.8 percent) and South Sudan (28.46 percent) in terms of representation of women in Parliament.

“Prescribed gender roles, patriarchal attitudes, structural barriers, limited financial resources, non-compliance with regulations that take into account gender, limited training on how to navigate the governance landscape, violence against women and girls and limited access to media coverage harm women, reducing the pool of women in leadership and decision-making spaces, ”says the report.

The Constitution sought to address gender inequalities in the workplace by offering equal opportunities to men and women.

Section 27 of the Constitution requires county and national governments to ensure that neither sex has more than two-thirds of public officials, whether elected or appointed.

Under the two-thirds gender rule, the dominant gender should only hold 66.66 percent of public office. However, as of September last year, there were 290 men in the National Assembly out of a total of 349 deputies.

Ten years later, this does not appear to be the case, as more men occupy the top positions in all spheres of life, as opposed to women.

“A factor that contributes to the non-realization of the principle is the lack of an implementation mechanism. An example of this is the legislative branch, which as it is currently constituted, does not reach the two-thirds threshold, which undermines the achievements for women enshrined in the Constitution, ”the UNDP report notes.

To address the problem, UNDP and the Ministry of Devolution and Arid and Semi-arid Lands are implementing a two-year program that aims to contribute to Sustainable Development Goal (SDG) 5 on Gender Equality and SDG 10 on reducing the inequality.

“The general objective of this project is to support State action and citizen participation to achieve better democratic governance, accountability, respect for the rule of law, access to justice, human rights and gender equality,” says the report.

“More attention will be paid to integrating the leadership structure of women to ensure greater capacities and visibility of women in political processes, as well as fostering mentoring and dialogue between older and younger women to ensure open communication, cohesion and associations “.

The report notes that promoting the empowerment of women in leadership and decision-making requires a multifaceted approach that removes legal and structural barriers and the implementation of supportive regulatory and legal frameworks.

Under the Protocol to the African Charter on Human and Peoples’ Rights, on the Rights of Women in Africa (Maputo Protocol) and the Solemn Declaration on Gender Equality in Africa (2004), and the Gender Policy of the African Union, Kenya is mandated to protect, promote and fulfill gender equality.

In the private sector, the report notes that only 22 percent of women hold leadership positions, highlighting the challenges Kenya faces in achieving gender parity in the workplace.

This occurs when more women are breaking the glass ceiling by occupying C suites in the corporate world. Some of them include Jane Karuku, CEO of East African Breweries Limited, Family Bank CEO Rebecca Mbithi, and Cheki Kenya CEO Resian Leteipan.

In February this year, the Nairobi Stock Exchange (NSE) became the second course on the continent after the Johannesburg Stock Exchange to join the 30% Club, a global gender equality lobby group.

Founded in the UK in 2010 by Helena Morrissey, the group, made up of chairmen and CEOs from around the world, advocates for the appointment of women to the highest positions on corporate boards and management.

NSE Chief Executive Geoffrey Odundo said the firm would use its position to drive gender diversity across the 62 publicly traded companies.

Female representation remains low, with fewer than 10 companies listed on the NSE and led by women. Only two have achieved gender parity in the composition of their boards.

Last year, the Kenyan Manufacturers Association released the first Women in Manufacturing report outlining the need to review laws through a gender lens and create guidelines for implementation with a gender perspective.

The report also recommended implementing existing gender-aware or gender-sensitive laws, such as the Micro and Small Business Act of 2012 and the Public Procurement and Disposal Act of 2015 and the involvement of public sector oversight agencies to ensure compliance.