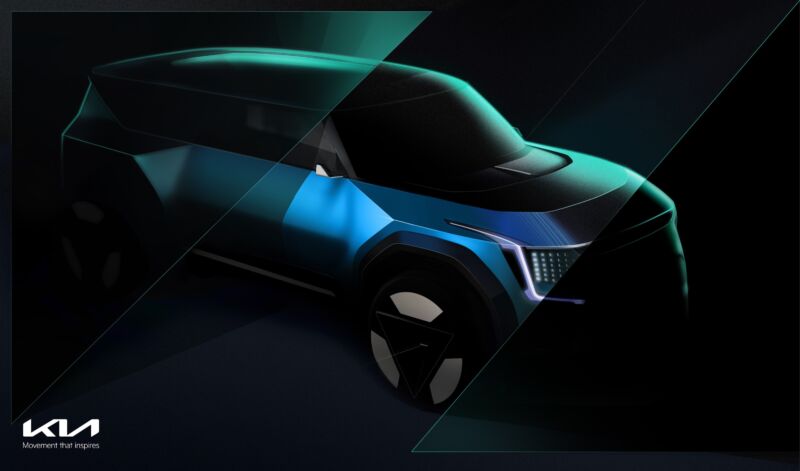 Last week, Hyundai teased a concept for a new electric SUV called the “Seven”. On Thursday it was Kia’s turn to tease its version, a concept it calls “EV9”.

Details are scarce for the EV9 as they are for the Hyundai Seven, although we know it will use Hyundai Motor Group’s new E-GMP electric vehicle platform, which uses an 800V electric architecture. ‘80% in less than 20 minutes and rear or all wheel drive layout for electric vehicles with larger batteries.

Like the Seven, the EV9 has a flexible and adaptive interior, although I’m slightly concerned about Kia’s “radical new take on the traditional steering wheel”. There are, after all, very good reasons for this most cars use round steering wheels.

Kia’s teaser images give a little more of the EV9 look than Hyundai last week with the Seven. Kia describes the shape as “ultramodern”, but the silhouette is reminiscent of the brand Bestselling Telluride.