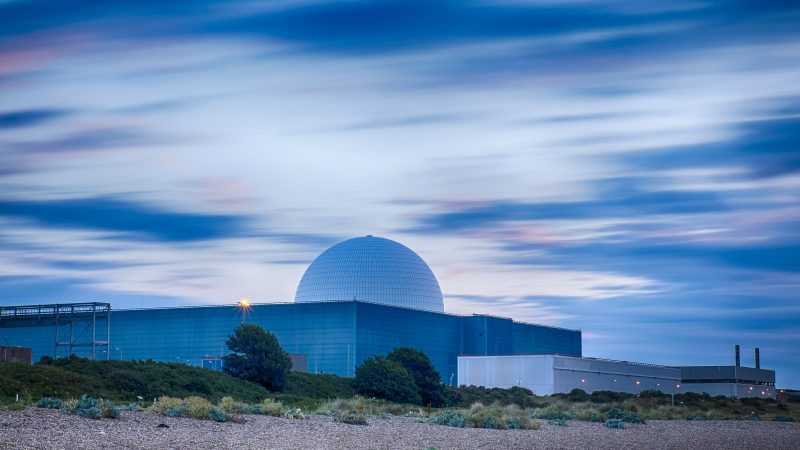 This week’s focus on environmental and climate policy was rightly the COP26 talks in Glasgow, where world leaders are making decisions that will literally determine the future of our planet. But while the big commitments made on the world stage are essential and very media-friendly, the gritty details of the policies needed to achieve them are often less glamorous and receive far fewer column inches.

Very few members of the public will have noticed parliament’s decision to support the nuclear energy (funding) bill this week, and even fewer will know the details of what it means, yet in a week dominated by climate news, this is in fact. one of the most important developments. The Labor Party’s decision to support government legislation could also go under the radar, but it is an important signal that the party is serious about a green industrial strategy and understands the vital importance of forging unity between parties on policies. fundamentals of the zero network.

The simple reality is that we need nuclear power if we are to reach our net zero goals. The Climate Change Committee’s “balanced path” expects the UK’s electricity demand to rise from 300 TWh per year to 610 TWh per year by 2050, largely due to anticipated advances in transport electrification ( through electric cars) and the use of electricity to heat our homes. While the vast majority of that increase will come from renewables, it is incredibly difficult and risky to build an entire energy system on renewables without having any “standing” power – that is, a generation that is always active and not dependent on factors such as time. This is where nuclear comes in, providing stable low-carbon energy that helps balance our future electricity supply.

The problem is that nearly all of our current nuclear power generation will be shut down in the next few years and we currently only have one new power plant under construction at Hinkley Point C in the southwest. Even on a conservative estimate, we need at least two other large-scale nuclear power plants beyond Hinkley C to meet our net zero targets.

Successive conservative governments have hesitated and delayed on nuclear power, putting the entire sector at risk. If there is too big a gap between the old stations going offline and the new stations coming into operation, then not only does it create a huge hole in our energy supply (which needs to be filled by burning more gas or by expensive imports from the Europe), but it risks the future of our world-class nuclear workforce, from which thumbs cannot be expected for years. The delay is already causing problems, with Prospect and Unite currently fighting to save hundreds of jobs at Springfields Nuclear Fuels, threatened by the growing nuclear divide.

After years of union campaigns, the government has finally found a solution on how to finance new nuclear energy in the only viable way: a partnership between the public and private sectors. The idea that such large projects of national strategic importance should be left to the free market alone has always been an absurdity and has led to the failure of multiple proposed projects and years of unnecessary delays. The new model, known as the Regulated Asset Base (RAB), ensures that costs are fairly balanced and the risk is shared between different partners. Prospect and other unions such as Unite and GMB have been calling for a reasonable financing solution for nuclear power for years, and it is good that the government has finally accepted the program.

Labor’s decision to support this bill is also very significant. While decarbonization will always and rightly be a topic of political debate, it is also essential to find a consensus, especially when it comes to large-scale infrastructure projects that span parliaments. If every financing model is called into question every time a new government arrives, it will only delay the action we need. There is also work for the party to do in repairing and rebuilding relations with the nuclear workforce and nuclear communities. Labor’s perceived ambivalence towards nuclear power was a factor in the recent loss of seats such as Workington, Barrow and Furness, Ynys Môn and Hartlepool. Indeed, following the Hartlepool electoral defeat, there are now no nuclear power plants represented by Labor MPs.

There is still a lot to do on nuclear power. Although the funding formula can be agreed, we still need to push the government to go further and faster. We must keep up the pressure to secure more new construction sites in this parliament rather than the one the government has committed to. And workers like Springfields need guarantees about their future in the industry. This is fertile ground for Labor to work with unions and rebuild relationships with nuclear communities. Perhaps this week’s vote can be the start of that process.