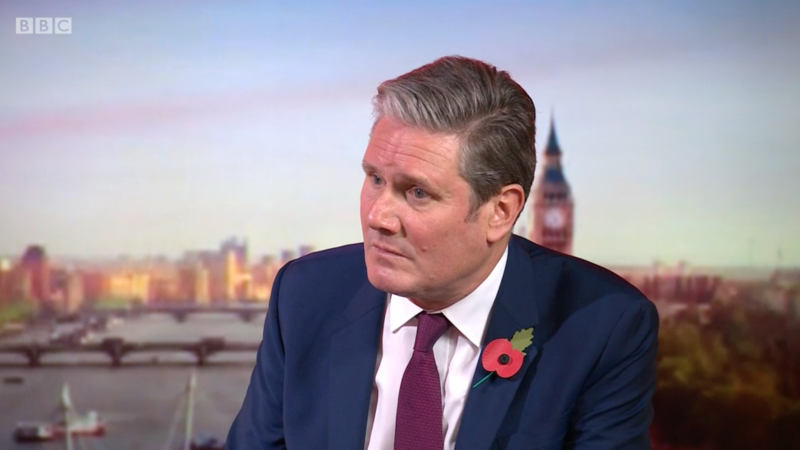 Labor leader Keir Starmer he described the conservative government’s behavior as “corrupt” in light of the Owen Paterson scandal and others. He said former ministers and lawmakers should be banned from paid consulting jobs.

“I said we need to change the House of Lords. I support it.”
https://t.co/sqJKwHIL8F #Marr pic.twitter.com/41s1OUD0xC

“I totally agree with Keir on so many things, but my country has been slandered long enough, over and over … Scotland has always been sidelined.”
https://t.co/WKVTknNgLS #Marr pic.twitter.com/Q2Sn2aKugD

George Eustice, the environment minister, defended the government against corruption allegations and said – despite a massive and sudden turnaround – that he had a consistent stance on the Owen Patterson lobby scandal.

When asked about the story that highlights conservative treasurers who donate £ 3 million to the party seem almost guaranteed a noble title, Eustice defended the status quo and described Tory donors who became peers as “philanthropists”.

George Eustice, the secretary for the environment defends the 16 conservative party treasurers who have been offered noble titles over the past 20 years, saying they are “businessmen” and “philanthropists”

Each reportedly donated at least £ 3 million to the party
https://t.co/uUk5veLZDp #Marr pic.twitter.com/3VZv0XCptv

Thangam Debbonaire, the shadow leader of the Labor House of Commons, said both Boris Johnson and Jacob Rees-Mogg should consider their positions. He also said the government is expected to file a motion to withdraw the motion on reviewing parliamentarians’ standards passed last week before the end of Tuesday.

Shadow Municipal Leader Thangam Debbonaire says the government’s reputation has been left “in tatters” and urges Boris Johnson to consider his position.

Cabinet of the Minister George Eustice he described the dispute over Owen Paterson, in which the government sought to overhaul the standards control system of MPs while defending the Conservative MP, as a “Westminster storm in a teacup.”