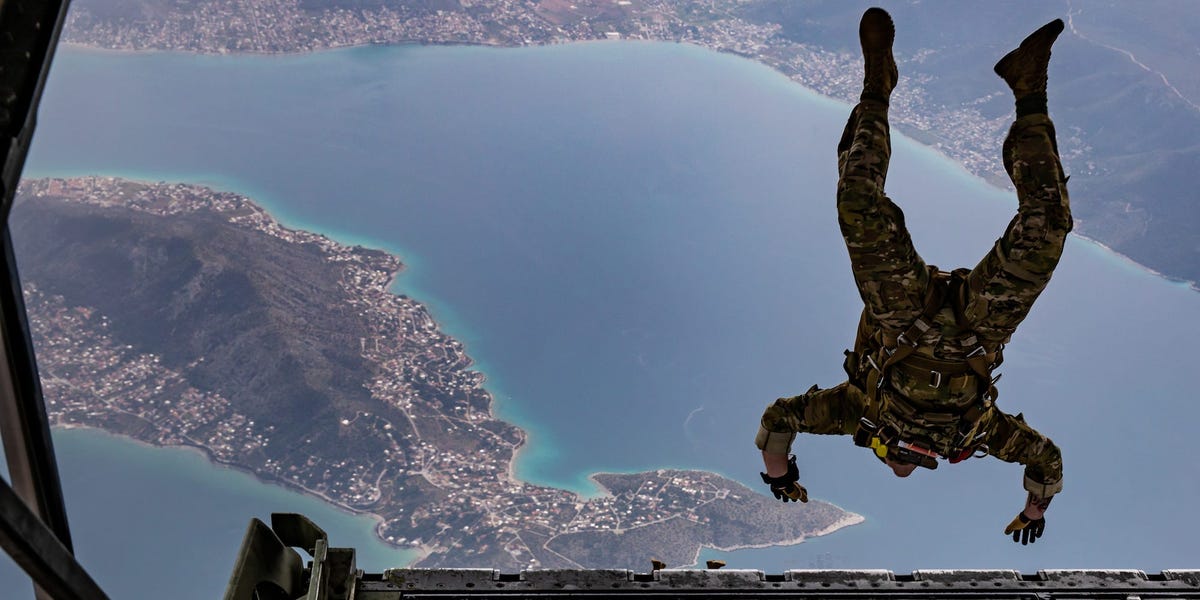 Tensions in Europe with Russia have remained high since Moscow launched its unprovoked attack on Ukraine in February, but Russian influence remains strong in parts of the continent.

However, the Balkans have been steadily moving away from Moscow. Several countries have joined NATO in recent years, including North Macedonia, the alliance’s newest member.

As Russian tanks advanced on Kyiv earlier this year to the south, the US and other countries were taking part in two large-scale exercises, involving dozens of planes and hundreds of special operators, in Greece.

Those major air combat and special operations exercises show how the US and its partners are trying to lock down a major part of Europe amid growing competition with Russia.

Iniochos is fast becoming one of the largest and most important air exercises in the region, with air forces from Europe and the Middle East joining other NATO armed forces for the annual event.

As Iniochos 22 was winding down in early April, more than 1,000 pilots, maintainers, and special operators from six countries were let’s go together in Greece for Orion 22 to conduct realistic joint special operations exercises.

“It is so impressive to see how the Hellenic Armed Forces have been able to deepen their partnership with the US Special Forces Community, including the SEALS and Army Operators who are here today as part of this exercise,” he said. the US ambassador to Greece at the time Geoffrey Pyatt said following the exercise.

Commandos from the US, Greece, Cyprus, Bulgaria, Israel, and France trained for air, sea, and land operations at 22 locations in Greece. Operators were supported by 32 fighter jet sorties and 64 helicopter missions as part of close air support drills.

Turkish President Recep Tayyip Erdogan and other Turkish leaders have directed harsh rhetoric against Greece and Cyprus, including a veiled threat to invade Greece, with which Turkey has longstanding disputes.

Rising tensions between NATO members on the alliance’s important southeastern flank come at a time when leaders on both sides of the Atlantic have sought unity in the face of Russian aggression in Ukraine.

Pyatt, who resigned as ambassador this spring and is nominated for another post at the US State Department, also said after Orion 22 that Greece is “a security partner of choice” in the Eastern Mediterranean, Black Sea and Balkan regions.

In recent years, the United States has enhanced its security alliance with Greece. In 2018, the US Army’s European Command decided to prioritize the military partnership with Greece, recognizing it as one of the key members of NATO.

“I am very confident that that partnership will continue to accelerate and deepen in the future because it is based on shared interests but also on our shared democratic values,” Pyatt said this spring.

Stavros Atlamazoglou is a defense journalist specializing in special operations, a veteran of the Hellenic Army (national service with the 575th Marine Battalion and Army Headquarters), and a graduate of Johns Hopkins University. He is working toward a master’s degree in strategy and cybersecurity at the Johns Hopkins School of Advanced International Studies.

Op Ed: Should you still wear a mask?

It is the summer of subvariants. The summer that you or at least someone you know contracted COVID. The summer masks were...
Read more

yesPermian whales are among the deepest divers on the planet. They are natural submariners, spending 70% of their time searching for squid in...
Read more

Earlier this month, Twitter's data centers were put to the test by extreme heat in California....
Read more