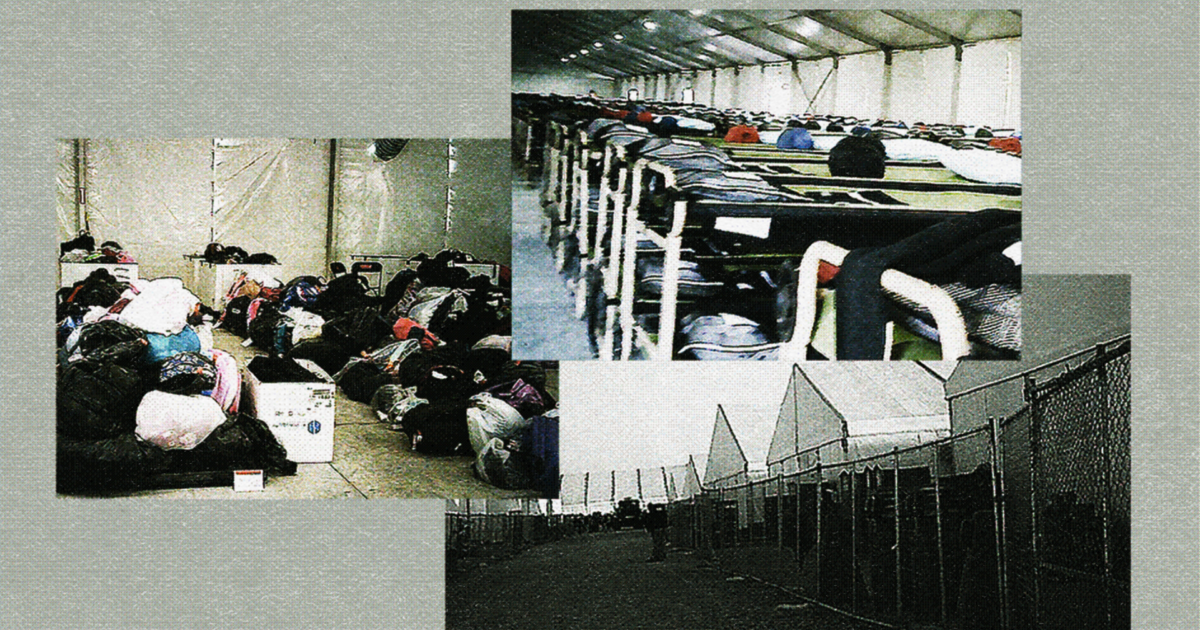 Following the reports of Reason and another media, and complaints from federal whistleblowers, attorneys representing children in immigration custody in the United States say the Biden administration is housing young migrants in “inherently unsafe and inappropriate” conditions.

in a movement filed Monday asking a federal court to order the release of migrant youth from two of the Biden administration’s so-called emergency intake sites (EIS), attorneys at the National Center for Youth Law argue that the conditions of Poor lives within the sites violate the terms of the 1997 Flores Settlement Agreement. That agreement obligates the federal government to meet certain standards regarding the treatment of migrant children.

The main focus of the complaint is two emergency sites in Pecos, Texas, and within the Fort Bliss Army Base near El Paso, Texas. The Fort Bliss site is the largest in the network of emergency shelters the Biden administration established earlier this year to remove unaccompanied migrant children from Customs and Border Protection detention centers.

In theory, these sites, run by the Department of Health and Human Services (HHS), are a way station for children hoping to reunite with relatives or other connections in the U.S. In fact, staffing issues and other Matters left many children trapped in limbo for a month or more in conditions that federal whistleblowers, attorneys and children themselves have described as messy and chaotic.

“For months, the children we have met at HIAs have shared one horror story after another,” Leecia Welch, senior director of child welfare and legal advocacy at the National Center for Youth Law, saying in a press release. “Children have described spending most of the day in or around their crammed cots in massive tents with hundreds of other children, suffering increasing anxiety attacks from the stress of the harsh CSD environment, spending weeks without clean clothes or underwear and go months without going outside for some fresh air.While some of the EIS’s unsafe facilities have been closed, mega tent camps and mining camp sites like Fort Bliss and Pecos remain open without an end to the view “.

Accompanying the motion are more than a dozen statements from young detainees in the EIS system. In a statement, a girl detained at a site in Pecos EIS for more than 40 days said: “When we eat, the meat and eggs are sometimes a bit raw … Sometimes, I worry about eating the food because I don’t want to. get sick. I know of two children [who] I threw up after eating the food … I have changed case managers three different times, I think they just dropped my case. No one has explained to me why I have had so many different case managers. “

Federal Employees Deployed at Fort Bliss Shelter He said Reason in May, there was rampant mismanagement within the secret site: there was a persistent shortage of underwear; the children were crammed into loud and dirty tents; federal contractors and employees were not qualified to work with children; and there were disturbing incidents of medical malpractice.

Monday’s legal filings also cite an audiotape of a training session for federal employees at Fort Bliss EIS, first obtained by Reason. On the tape, the coach says that there has been inappropriate contact between the minors and the staff.

“We have already inappropriately captured staff with minors,” says the trainer. “Is that okay guys? I hope not. We have also caught minors with minors, I mean, you know, we have teenagers in this shelter. What’s going on with teenagers? Hormones, raging out of control. It’s important that We maintain security and vigilance. Be vigilant. Stop what is happening. If you do not take care of these children, and it is not you who is going to intervene, who is going to do it? Be that person who defends minors because that is what we are here “.

The tapes were later included in a whistleblower complaint by two federal employees who were sent to the Fort Bliss shelter between April and June. The complainants said they witnessed intolerable noise, dirt and odors inside the large tents where the children are staying; contractors who were not qualified to work with youth; and hostility, indifference and resistance to providing medical treatment to sick children.

Earlier this month, 33 members of Congress sent a letter to HHS Secretary Xavier Becerra, who expressed “immense concern and horror” at the whistleblowers’ allegations and urged the HHS inspector general to launch an immediate investigation.