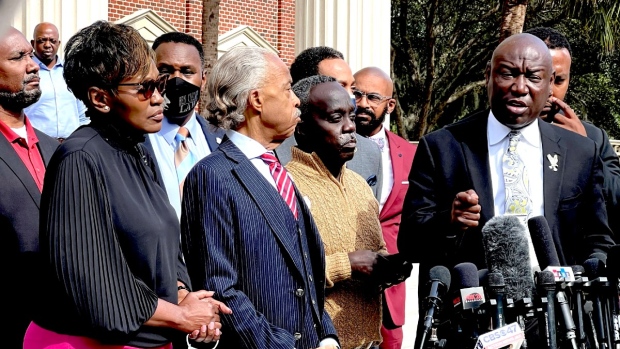 BRUNSWICK, GA. – An attorney for one of the white men on trial for Ahmaud Arbery’s death told the judge Thursday that he doesn’t want “more black pastors” in court after Reverend Al Sharpton sat down with the murdered man’s family.

Kevin Gough represents William “Roddie” Bryan, who along with father and son Greg and Travis McMichael is accused of murder and other crimes in the February 23, 2020 Arbery murder. The 25-year-old black man was chased and killed in gunshots after defendants saw him running into their neighborhood outside the port city of Brunswick, Georgia.

Gough told Supreme Court Justice Timothy Walmsley that he was concerned that Sharpton’s presence in court on Wednesday was an attempt to intimidate the disproportionately white jury hearing the case. The jury was not in the courtroom when he made the remarks.

“Obviously there are only so many pastors they can have,” Gough said. “And if their pastor is Al Sharpton right now that’s fine, but then that’s it. We don’t want more black pastors to come here … sitting with the victim’s family, trying to influence the jurors in this case.”

Jason Sheffield, one of Travis McMichael’s attorneys, told the judge he hadn’t noticed any distractions caused by Sharpton, who was sitting in the back row of the courthouse gallery wearing a mask.

Gough said he didn’t realize Sharpton had been there until the courthouse adjourned for the day.

“Didn’t you even notice until later?” said the judge. “I’m not sure what we’re doing.”

Sharpton held a prayer vigil and press conference outside Glynn County Courthouse Wednesday afternoon to show support for Arbery’s family. After joining Arbery’s parents and their lawyers to hear parts of the trial testimony.

“I respect the defense attorney who does his job,” Sharpton said, “but this goes beyond defending your client, it’s an insult to the victim’s family.”