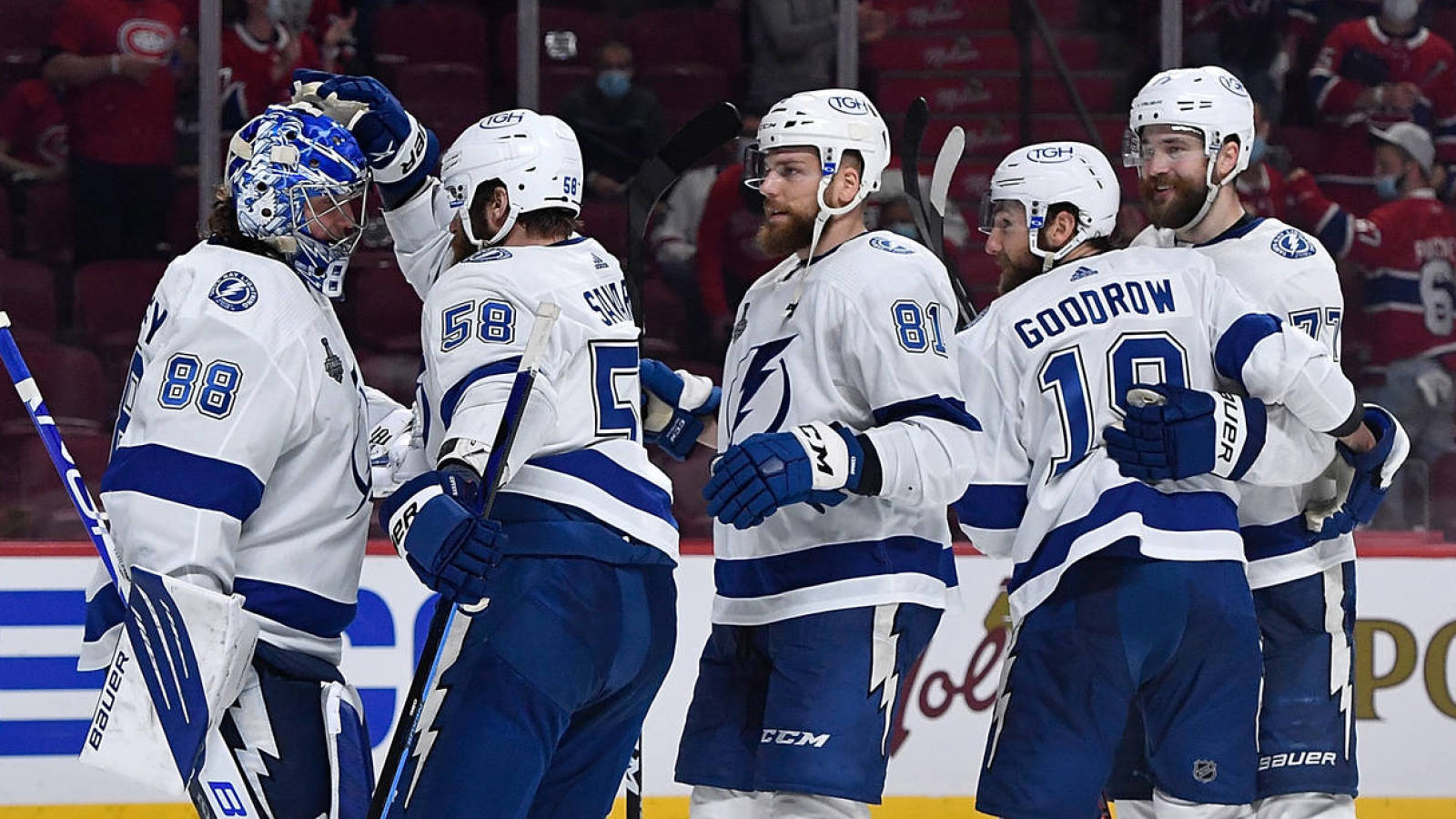 The Tampa Bay Lightning are one win away from a second straight Stanley Cup championship, but depending on how things go, they will once again not have a chance to celebrate the feat with friends or family.

NHL Deputy Commissioner Bill Daly confirmed to ESPN’s Emily Kaplan that the Canadian government refused to grant additional quarantine waivers to family members of Lightning players seeking to travel to Montreal for a possible Game 4 of the series on Monday. Both the NHL and NHLPA had lobbied the government for exceptions, but they were not granted.

One Lightning player said he was “upset” but “not surprised” by the resolution.

NHL teams based in the United States were allowed to travel to Canada for games last month after negotiations between the league and the government. However, traveling teams are subject to significant restrictions as interactions with the general public are prohibited. Lightning players have only been able to go between the team’s hotel and the arena while in Montreal for Games 3 and 4.

Lightning players might still have a chance to celebrate with their families, but that would require losing Game 4 to the Canadiens before winning Game 5 and securing the series at home.

It’s a shame for the Lightning, who also had to deal with similar restrictions when they won last year. If the team finishes the series in four, it is likely that trigger scenes like this at home again.

PBA hopes the vaccination campaign and low infection rates will get the go-ahead from the government for the 46th season opener.

England crushes Ukraine, wants to face Denmark in the semifinals of Euro 2020