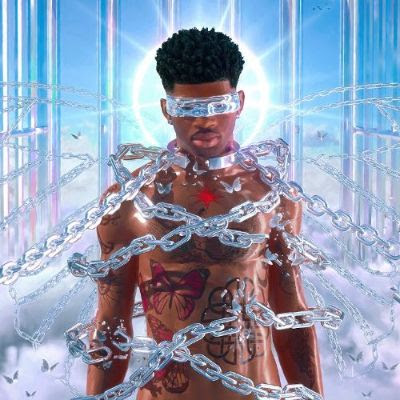 After a stellar promotion, Lil Nas X has released his new single “Industry Baby” with Jack Harlow. The new single is produced by Take a Daytrip and Kanye West.

In the video above, Lil Nas X was sentenced to Montero State Prison and now we see what happens with the incarceration from his story. The single highlights that Nas X finds his confidence and the goals prove anyone wrong. The video was directed by Christian Breslauer and features Nas moving through the prison and eventually breaking free from prison with the help of Jack Harlow.

I wrote a song for us. I know sometimes you feel like it’s all downhill from here. I know that your sexuality has made you feel like an outcast among your peers. I know that going from having the greatest song in the world to being stuck in your apartment weighs heavily on you. And I know if you hear the phrase ‘one hit wonder’ one more time, you could burn. But I need you to move on. I need you to realize that you have the opportunity to be the person you needed to grow up. I need you to stop feeling sorry for yourself. And I need you to remember that the only person who has to believe in YOU is YOU. “

In addition to the release, Lil Nas X has announced his partnership with The Bail Project, a national nonprofit on a mission to end cash bail, one of the key drivers of mass incarceration and structural racism in the criminal legal system of the United States. Bail X Fund, “hopes to encourage other artists to join him and The Bail Project in the fight to end the cash bail. Lil Nas X himself has made an initial donation, Jack Harlow is also joining in to help and fans are invited to donate with them, all donations go directly to The Bail Project’s national revolving bail fund to pay for people’s bail.