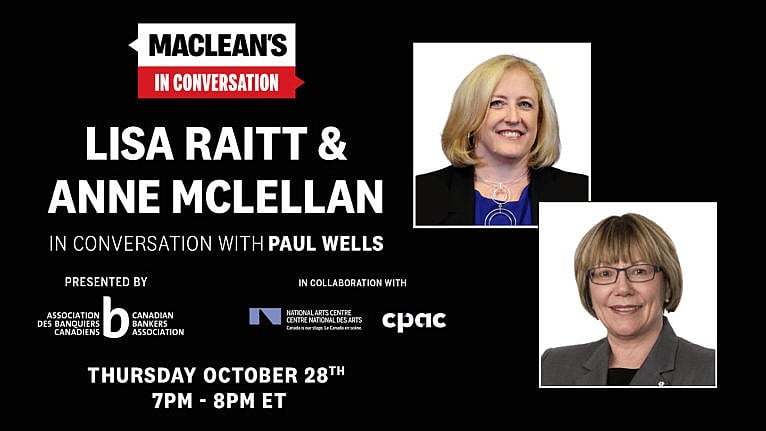 On October 28 at 7 p.m. ET, Paul Wells will speak with Lisa Raitt and Anne McLellan, two formidable former politicians who have held senior positions in liberal and conservative governments. Now, just a month after the uniform federal election, they are returning to Ottawa to jointly host a national summit on a prosperous new future for Canada. Why do dozens of organizations come together to discuss reducing inequalities, fighting climate change and improving living standards? Do their plans have a chance in today’s partisan, divided Ottawa? Fresh off their two-day summit, Coalition for a Better Future co-chairs McLellan and Raitt will join Maclean’s senior writer Paul Wells to provide a progress report.