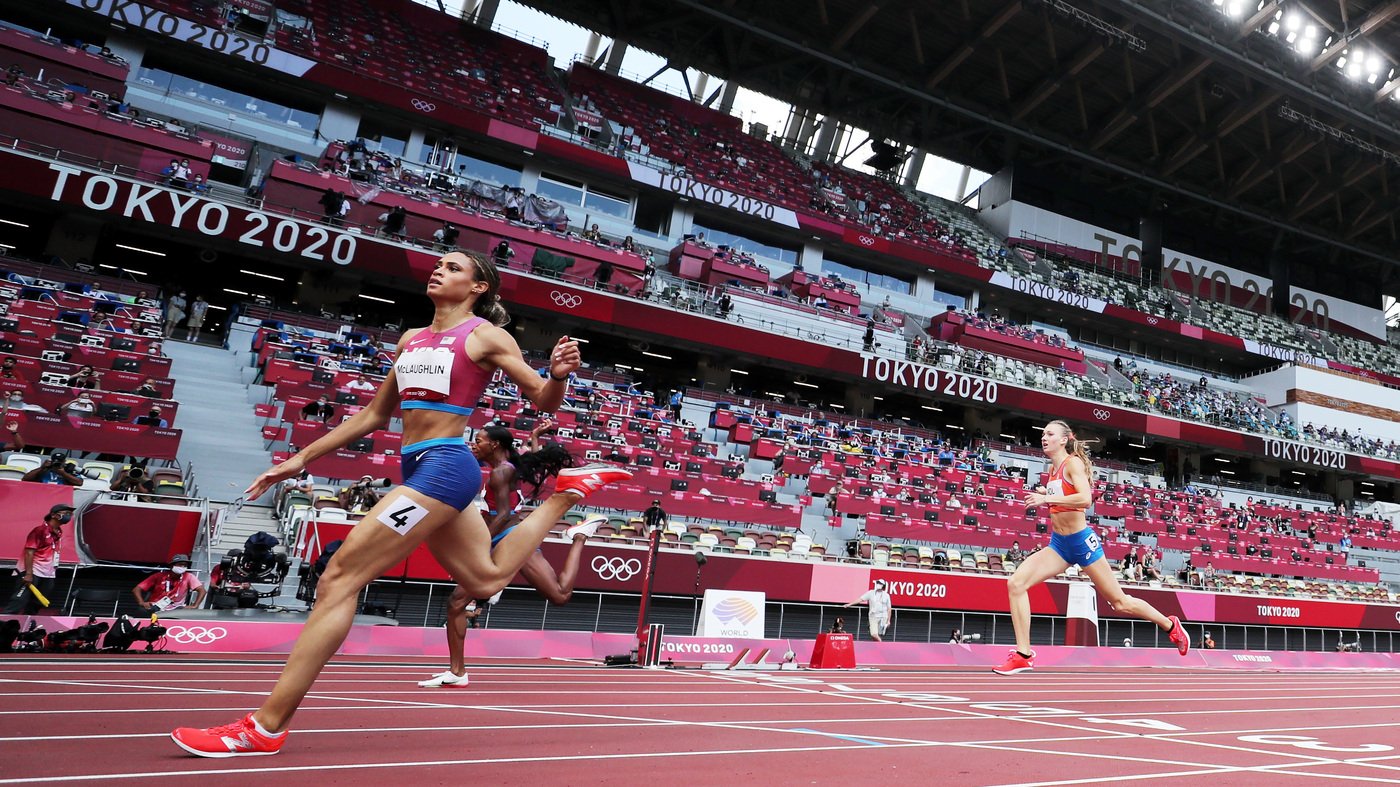 Sydney McLaughlin of Team USA competes in the women’s 400m hurdles final on day twelve of the Tokyo 2020 Olympic Games at the Olympic Stadium on August 4, 2021 in Tokyo.

Sydney McLaughlin of Team USA competes in the women’s 400m hurdles final on day twelve of the Tokyo 2020 Olympic Games at the Olympic Stadium on August 4, 2021 in Tokyo.

TOKYO – Sprinters, hurdles and other runners at the Tokyo Olympics have been smashing their previous times and, in many cases, setting new records for their events.

Records, as they say, are made to be broken. But do these athletes get a boost from the track itself?

“Of all the tracks I’ve raced, that track feels amazing,” said Kyron McMaster of the British Virgin Islands, who finished fourth in the men’s 400m hurdles. “It felt like my legs were spinning, it felt like there was no surface.”

That the Tokyo track feels “fast” is no accident.

The Italian company that created it, Mondo, has been working to improve racing surfaces since it built its first Olympic track for the Montreal Games in 1976.

The red and black track that Mondo built for the Tokyo Games is “the most technologically advanced running track in the world,” with the goal of “bringing human speed to levels never before achieved.” the company said.

The evolution of the running track

Olympians can feel a bit of energy in their stride when running on the track, and not just because they are elite athletes.

Modern tracks are designed to absorb the force of a runner’s stride and then return some of that energy when they lift their foot for the next stride, giving them an almost imperceptible bounce.

“It’s not like walking on hard concrete,” said John Eric Goff, a physics professor at the University of Lynchburg. “You feel a very slight but noticeable fluffiness.”

Decades ago, athletes ran on dirt tracks. But, Goff said, overuse by runners and severe weather damaged the tracks, making them impractical.

Since then, modern running tracks have evolved into highly engineered surfaces, often made of elastic materials such as rubber. “You’re trying to create a surface that allows a bit of grip, that allows an efficient return of energy and allows the athlete’s shoe to come off. [the surface] and not being stuck too long, “Goff said.

Enter the Mondotrack WS, the official track of the Tokyo Games.

It’s an updated version of the track Mondo made for the 2016 Rio Olympics.

The upper part of the track consists of semi-vulcanized rubber granules, which create a solid layer to help runners grip the surface. Underneath is a honeycomb-shaped backrest consisting of hexagonal air chambers that can be compressed in all directions and bounced with the forward motion of a runner.

The track also features what the company calls “non-directional tessellation” – a patterned texture that reduces the need for runners to use nails and also helps improve drainage.

What are the athletes saying

To gauge how fast this track really is, we spoke with athletes who participated in the fastest races of their events – the men’s and women’s 400m hurdles. World records were broken in both contests. Even the silver medalists ran times faster than previous world records.

“It was a fast track. I think that’s really what it comes down to. It really felt fast,” said US silver medalist Dalilah Muhammad.

It’s easy for a hurdler to know how fast a track is, Muhammad said, based on how easily the athlete reaches the number of steps he plans to take between obstacles. “And it was spot on, every hurdle. So I say, well, this is a fast track.”

McLaughlin, the US gold medalist, said she noticed a contrast between the Tokyo track and the track used for the US Olympic team events. “You can feel a bit of a difference. This is my first time. I think at Mondo this year. So I definitely felt a difference compared to Eugene, “he said.

But not all athletes attributed the record-setting races to the running surface alone.

“The track … it’s crazy. It’s a great track,” said Karsten Warholm of Norway, who demolished his own world record in about three-quarters of a second. “But I think it’s not just the track. I think it was the guys today too, you know.”

Rai Benjamin, the American hurdler who won silver behind Warholm, shares that perspective. It may be a great clue, he suggested, but something more special was also going on.

“It’s really smooth, it has a lot going for it. Don’t get me wrong, it’s a phenomenal track,” Benjamin said. “It’s nice to have a good track, but no one in history is going to go out and do what we just did now, ever. I don’t care who you are.”

Alcohol is linked to more cancers than previously thought, according to a study | Cancer