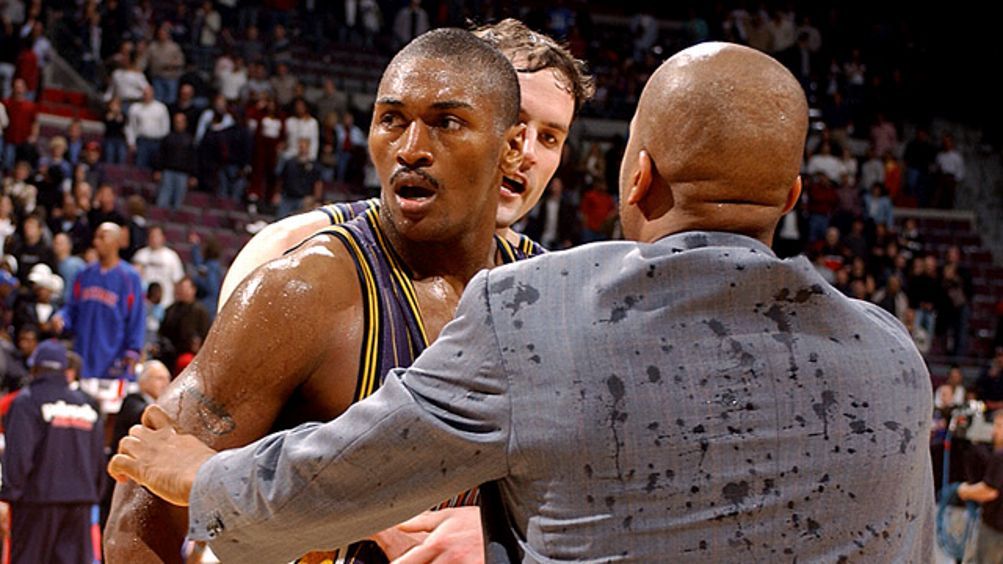 The Malice in the Palace is the biggest and most discussed fight in NBA history. The moment will now be highlighted in the new documentary series, Incalculable, which will be on Netflix.

Untold will dive into the fight inside The Palace in Auburn Hills, which featured the Detroit Pistons, Indiana Pacers and spectator fans on Friday, November 19, 2004.

The fight started after an on-court brawl between Ben Wallace and Ron Artest, leading to the latter being hit with a soda from a fan in the stands, going after a fan he thought was the one who threw it. After charging at the man, a fight spread across the arena, causing all sorts of debris to be thrown as the mini-fights continued to break out.

“From the creators of WILD WILD COUNTRY comes a five-part sports docuseries event that brings new eyes to some of the best stories in sport,” reads the synopsis. “From tennis to boxing to basketball, these stories are not the ones you’ve heard before, even if you think you have.”

Incalculable It will hit Netflix on August 10 and “Malice at the Palace” will be the first episode, but you can catch a teaser below.

Missy Elliott to fans requesting an appearance on VERZUZ