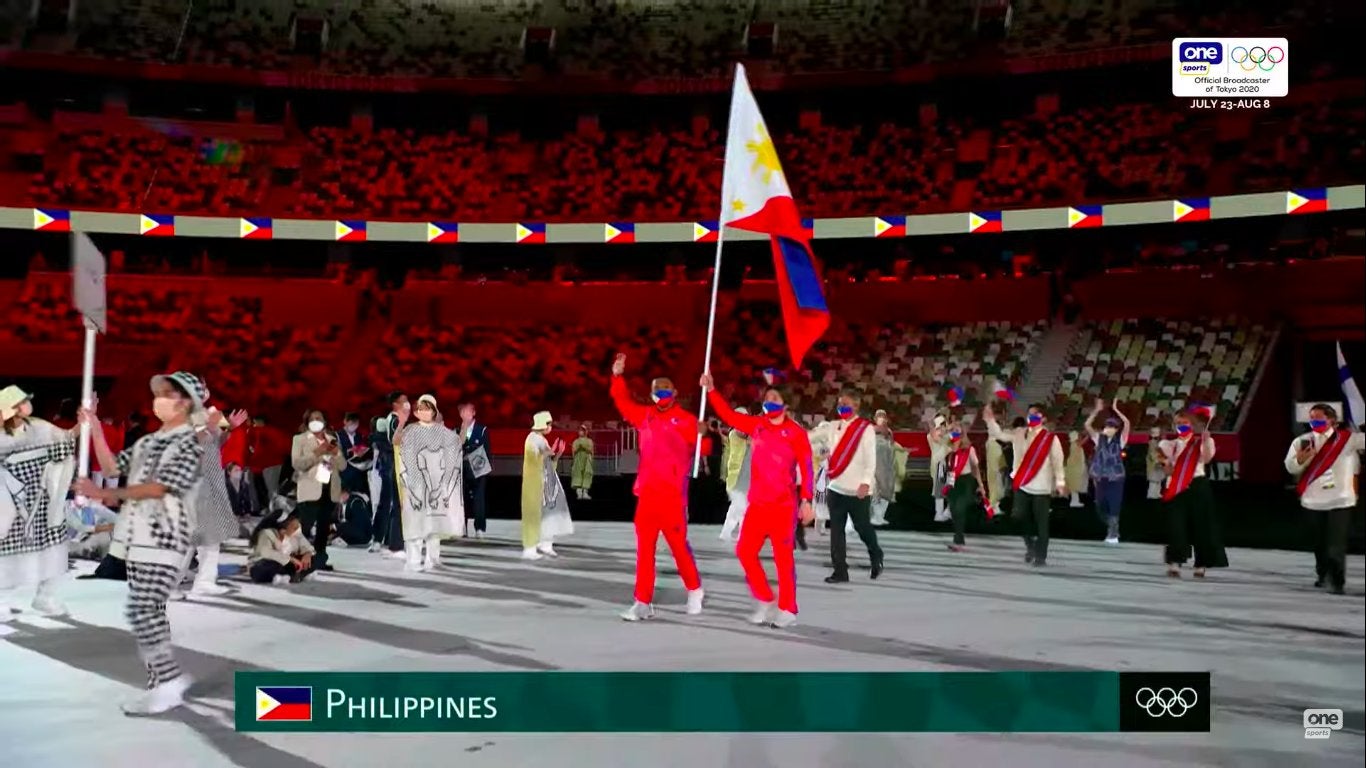 Eumir Marcial and Kiyomi Watanabe carrying the Philippine flag at the opening ceremony of the Tokyo Olympics.

MANILA, Philippines – Filipino boxer Eumir Marcial and judoka Kiyomi Watanabe proudly carried the Philippine flag and led the country’s delegation during the Parade of Nations at the opening ceremony of the Tokyo Olympics on Friday.

WATCH: The Philippines team takes center stage here at the National Stadium for the opening ceremonies of the Tokyo 2020 Olympics!

The flag bearers, boxer Eumir Marcial and judoka Kiyomi Watanabe lead the Filipino contingent in the parade of nations.

This was the first opening ceremony of the Games without a live audience due to COVID-19, but the cavernous stadium slowly filled with athletes bringing to life the Olympic Stadium, Tokyo’s main sports facility.

The Philippines is looking to secure its first gold medal at the Summer Games with the country holding three silver and seven bronze medals.

Hidilyn Díaz won the Philippines’ last medal when she took silver in the women’s 53 kilogram division at the weightlifting tournament in Rio de Janeiro, Brazil.