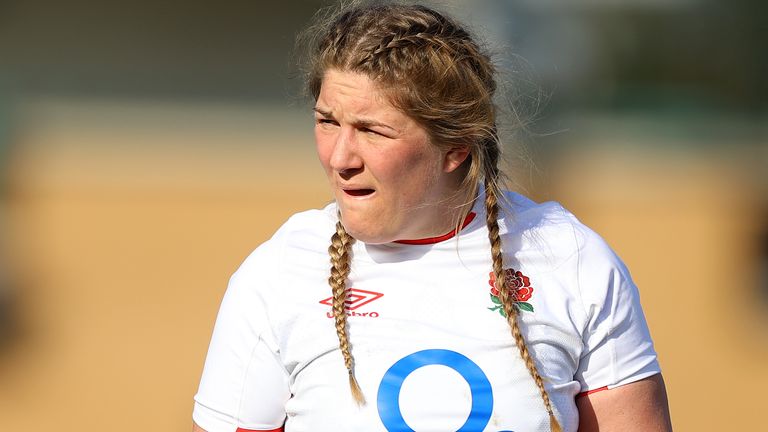 Coach Simon Middleton: “Developing leadership throughout the team is very important and we have appointed Poppy as captain and Leanne (Infante) as vice-captain. Less than a year before the World Cup, it is important that our leadership group is broad and we see them both in this category ”

England No. 8 Poppy Cleall will be captain of the Red Roses for the first time on Sunday when she leads the team against New Zealand in Northampton.

The Sunday’s Test is the second of the consecutive clashes between the first and second teams in the world and will take place at Franklin’s Gardens.

On their first release, the Red Roses recorded a 43-12 victory over the Black Ferns in front of 9,748 fans at Sandy Park in Exeter last Sunday.

Zoe Harrison, who was named player of the match last weekend, continues at the opening half, with Helena Rowland making up the 10-12 board.

Fresh from her debut in a try, Holly Aitchison retains her center back post with Zoe Aldcroft and Abbie Ward as locks.

Alex Matthews of the Worcester Warriors enters the blindside side. while Marlie Packer is outdoors.

Ellie Kildunne, Abby Dow and Lydia Thompson once again make up the second three, while Sarah Hunter and Sarah McKenna are among the finalists alongside the newly nominated Maud Muir.

“We were absolutely delighted with last week’s performance and result. We were really proud of the players and it was a privilege to be part of such a special occasion at Sandy Park,” coach Middleton said on Friday.

“We know this weekend is another great match, but it is the one we have prepared well for at Northampton and it is that preparation that gives us the confidence and belief that we can perform not only at the same level but hopefully also. higher this weekend.

“Developing leadership across the team is really important and we have named Poppy as captain and Leanne as vice-captain for this match. With less than a year on from the World Cup, it is important that our management team is large and we both look forward to it. them as falling into this category.

“We have made a number of changes to the starting XV as it is important that the larger team is exposed to rugby at the highest level.

“We can’t wait to see how Zoe (Aldcroft) and Abbie (Ward) fare as this is a new lock pairing.

“Alex Matthews enters the starting 15th while Zoe Harrison and Helena Rowland have combined 10-12 for club and country previously, so we can’t wait to see how they go again.

“Maud Muir continues to amaze, she went well on her debut last weekend and deservedly comes back for us this week.

“Playing against New Zealand is always a great chance. They have quality players in their whole group and like us they are proudly proud to play for their country, make no mistake this weekend will be tougher than last but we are more than ready .

“Finally, we can’t wait to play at Franklin’s Gardens. Northampton is a true hotbed of rugby, a great stadium to play in and all the players and staff are looking forward to Sunday’s game.”