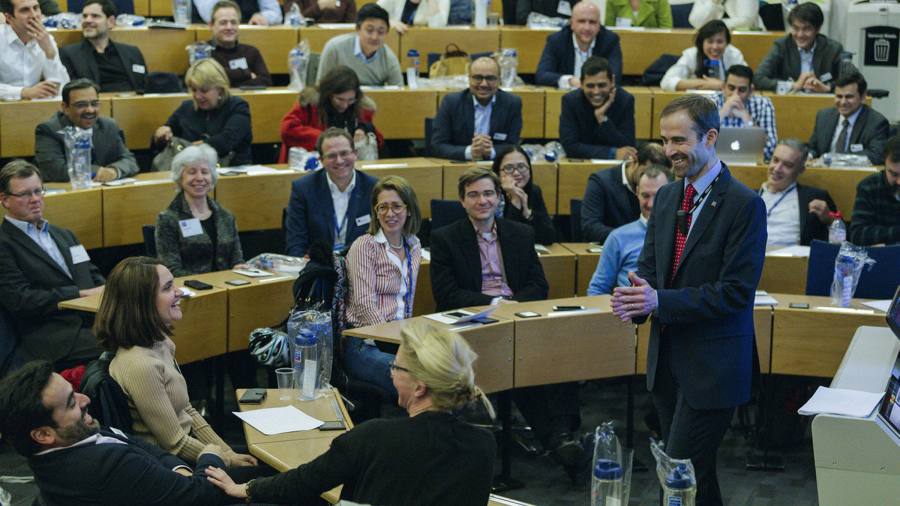 Business schools exploded during the pandemic with two-thirds reporting higher earnings in the 2020/21 academic year than the previous 12 months and less than a fifth reporting a decline.

About four in ten of the 50 principals surveyed by the Chartered Association of Business Schools for a survey ahead of its annual conference on Monday said revenues increased significantly in 2020/21.

Despite the disruption caused by the coronavirus pandemic, 78% of respondents reported stable or increased research income in 2020/21 at their business school.

The financial success of these institutions stands in stark contrast to the broader university sector it has warned of financial difficulties caused by the additional costs of teaching due to the pandemic with online classes.

Business schools have been more successful than other areas of academia partly because the higher fees their students pay – London Business School charges £ 92,735 for its MBA programs, for example – and partly because they don’t require expensive teaching equipment like other subject areas, such as medicine or engineering.

Approximately 70 percent of the schools surveyed in the CABS survey experienced an increase in applications converted to matriculations, demonstrating a strong commitment by business students towards completing a degree program.

Many of the larger schools are recruiting staff and are finding it more difficult to recruit and retain international staff with visa issues and the resulting paperwork.

The success of business schools will have a positive effect on those universities that have created such institutions, as many have done in recent years, with 82% of the schools represented in the CABS survey contributing more than half of their net income to a parent University.

“There is a strong correlation between a healthy business school and a healthy parent university,” said Robert MacIntosh, president of CABS.

Three quarters of the CABS schools had fewer new enrollments of undergraduates and graduates from the EU. However, these declines were more than accompanied by increases in numbers from the UK and other countries outside the EU.

53% of business schools surveyed reported slightly or significantly higher enrollments of UK citizens in 2020/21, rising to 59% for students enrolling in undergraduate programs.

Performance was even stronger for non-EU international students taking postgraduate courses with 71 percent of schools surveyed reporting a higher conversion rate than last year, including 43 percent having a significantly higher rise.

The need to expand the offering has increased the need for investment in online technology to teach more distance lessons and increases the number of teaching staff, according to MacIntosh, who in addition to his role at CABS is vice chancellor for the faculty of economics and business law at Northumbria University.

“Many of the larger schools are recruiting staff and are finding it more difficult to recruit and retain international staff with visa issues and the resulting paperwork,” MacIntosh said.

“The increase in income has to be balanced with the increase in costs because, as we know, there is no such thing as a free lunch.”