Microsoft has released emergency security update KB5004945 to address the actively exploited PrintNightmare zero-day vulnerability in the Windows Print Spooler service that affects all versions of Windows. However, the patch is incomplete and the vulnerability can still be exploited locally to gain SYSTEM privileges.

Remote Code Execution Error (logged as CVE-2021-34527) allows attackers to take over affected servers using Remote Code Execution (RCE) with SYSTEM privileges, as it will allow them to install programs, view, change or delete data, and create new accounts with all user rights.

Detailed instructions on how to install these out-of-band security updates for your operating system are available in the support documents linked below:

“The release notes associated with these updates may be released with a delay of up to an hour after the updates are available for download,” Microsoft said.

“Updates for the rest of the affected supported versions of Windows will be released in the coming days.” 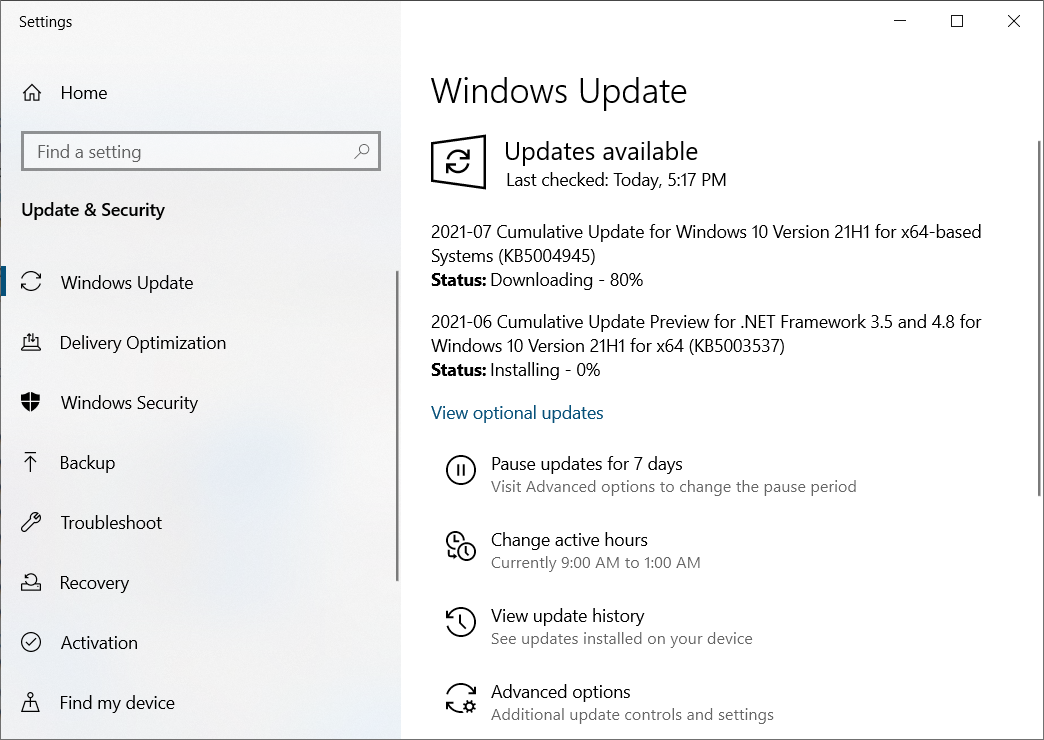 The PrintNightmare vulnerability includes both a remote code execution (RCE) and a local privilege escalation vector (LPE) that can be used in attacks to execute commands with SYSTEM privileges on a vulnerable system.

After Microsoft released the out-of-band update, the security researcher Matthew hickey Verified that the patch only fixes the RCE and not the LPE component.

This means that the solution is incomplete and threat actors and malware can still locally exploit the vulnerability to gain SYSTEM privileges.

Those who are unable to install these updates as soon as possible should refer to the Frequently Asked Questions and Solutions Sections in Security Advisory CVE-2021-34527 for information on how to protect your systems from attacks that exploit this vulnerability.

In the second case, Microsoft says that “the system will no longer function as a print server, but local printing on a directly connected device will still be possible.”

CISA also released a PrintNightmare zero-day notice last week encouraging administrators to disable the Windows Print Spooler service on servers. it is not used for printing.

Analysis: Nintendo is running its new Switch console business according to an old set of rules