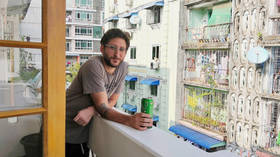 This week, 15 officials, including Suu Kyi, were charged with crimes related to alleged 2020 vote fraud, the national electoral body announced Tuesday. Other targets of the allegations include deposed president Win Myint and the chairman of the election commission.


The general elections of November 2020 were won by Suu Kyi’s party, the National League for Democracy (NLD). On February 1, the country’s mighty army, which ruled as a dictatorship before a shaky transition to representative democracy a decade earlier, launched a coup, overthrowing civilian rule. The military said the election was rigged in favor of the NLD and against the party they supported. The NLD side denied the claims while international observers said the elections were mostly free and fair.

Suu Kyi has been in custody since she was overthrown. She is currently on trial for violating Covid-19 restrictions during the election campaign. She has also been charged with a range of crimes, from the illegal import of radios to corruption and sedition. The 76-year-old, who has spent years under house arrest, faces decades in prison if convicted.

The military coup met with resistance from NLD supporters, to which the junta responded with a crackdown. Observers who are critical of the military say 1,250 people were killed and over 10,000 arrested in the months of the clash.

Many NLD lawmakers formed a rival government, which in September declared a “people’s defensive war” against the military government. Suu Kyi refrained from commenting on the escalation.