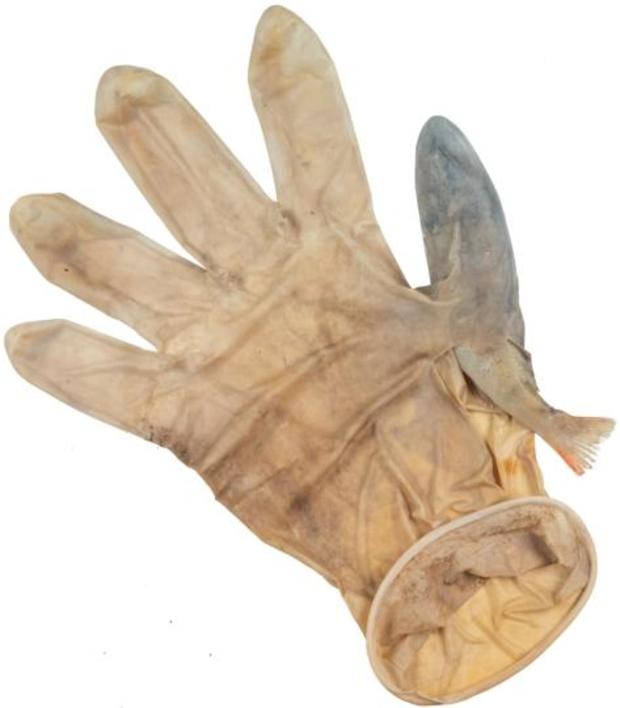 The world fought the COVID-19 pandemic for more than a year and a half, and a new study shows that in the process, Earth’s oceans have become much more polluted with waste from discarded masks, gloves and other protective items.

“The recent COVID-19 pandemic has led to an increase in demand for single-use plastics, intensifying the pressure on this already out of control problem,” the study, published in the journal Proceedings of the National Academy of Sciences, says.

The researchers found that since the start of the pandemic, 193 countries have generated approximately 8.4 million tons of plastic waste associated with the pandemic. Of that, some 25,900 tons – or more than 57 million pounds – of waste, including personal protective equipment (PPE), ended up in the ocean. Nearly three-quarters of that waste, the researchers said, was what the hospitals generated.

Along with face masks, gloves, and face shields contributing to the problem, the researchers discovered large amounts of polluting packaging materials in the ocean and waterways that carry it, as blockages and social distancing have led to more people shopping online. Packaging materials make up 4.7% of plastic waste that has ended up in waterways and the ocean since the start of the pandemic, they said.

The researchers found that 46% of pandemic-related plastic waste was generated in Asia, while 22% came from North and South America combined and 24% from Europe. They noted a lower level of medical waste treatment and recycling in developing countries such as India, Brazil and China

‘Released plastic can be transported over long distances in the ocean, encounter marine fauna and potentially lead to injury or even death,’ the researchers wrote, noting previous studies and cases where marine life got entangled or trapped in the trash, or even consumed the plastic.

In March, other researchers found that in the Netherlands a fish was seen trapped in a medical glove. In the Dutch canals, birds have been observed using face masks as nesting material.

Researchers predict that plastic waste from the pandemic will have a “lasting impact” on ocean ecosystems, with most of it ending up in the seabed (28.8%) or beaches (70.5%) by the end of the year. century.

Some of the waste will end up stuck in the massif garbage stains circulating in oceanic regions. The Arctic Ocean, which is considered particularly vulnerable due to its high sensitivity to climate change, is a “dead end” for plastic debris, the researchers said.

They urged nations to better manage their medical waste and develop more environmentally friendly solutions for collecting, treating and recycling waste. Otherwise, when the pandemic ends, their models predict that there will be a total of 11 million tons of pandemic-related plastic waste, of which 34,000 tons will end up in the ocean.