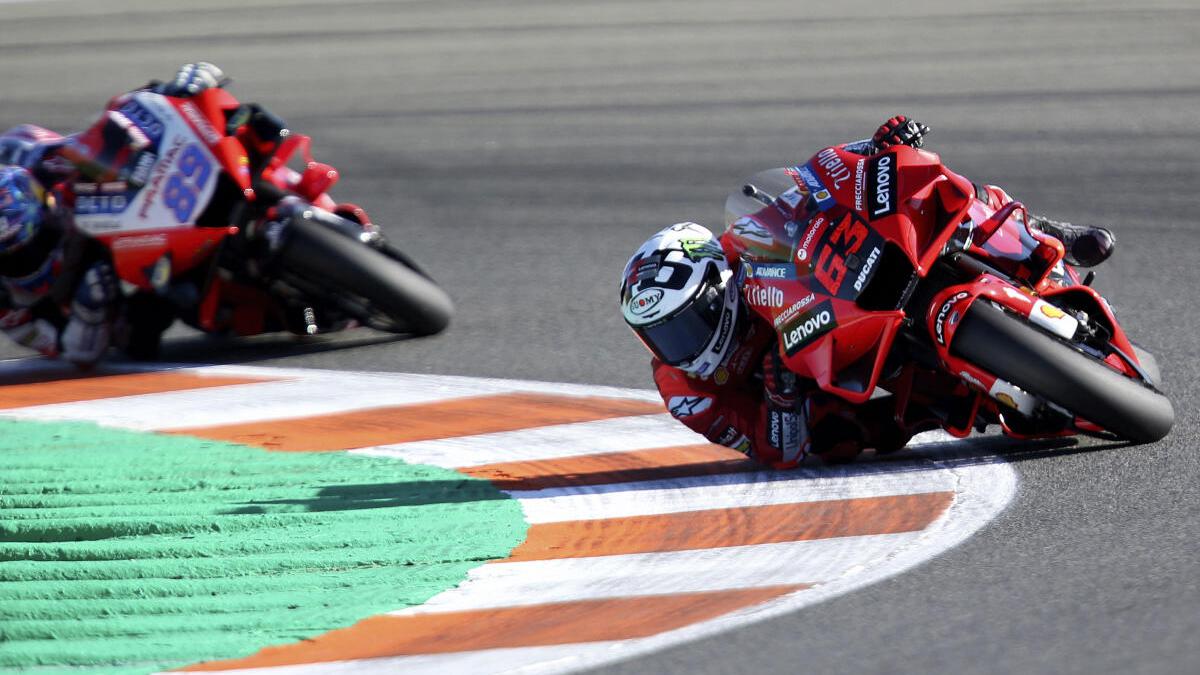 Ducati’s Francesco Bagnaia took his fourth win of the last six MotoGP races at the Valencia Grand Prix at the end of the season on Sunday, while his mentor and nine-time world champion Valentino Rossi finished tenth in his last race.

Pramac Racing’s Spanish rookie Jorge Martin got off to a great start from pole position and held off a group of challengers, but was denied a second win of the season after being overtaken by Bagnaia with 13 laps to go.

“This race win is a gift for Valentino,” said Bagnaia, a product of Rossi’s VR46 Drivers Academy.

“I want to dedicate this race to him and thank him for what he did for us in the academy. Before this weekend, I didn’t think it was possible (to win) … but we came here as one of the fastest teams. It’s the best way finally. “

LIGHT: Hamilton: The F1 title task is as steep as possible

Seven-time MotoGP title winner Rossi, one of the greatest and most charismatic motorcycling champions, delighted fans including Brazilian soccer great Ronaldo with some fast laps, but was unable to add to his 199 podiums in the premier class .

The 42-year-old Italian, nicknamed “The Doctor”, is considering making the move to motor racing after more than two decades in Grand Prix motorcycling.

Rossi was mobbed by his fellow drivers after the race, while congratulatory messages from the brotherhood of motorsport and the wider sports world were broadcast on the giant screen with tennis greats Roger Federer and Rafa Nadal among those paying homage. .

Hollywood actors Tom Cruise, Chris Hemsworth and Keanu Reeves also sent messages of support to Rossi, the only rider to win titles in the 125cc, 250cc, 500cc and MotoGP categories.

Rossi took a final lap of honor with a standing ovation from the crowd as fireworks dotted the sky, before an emotional farewell with his Petronas Yamaha team.