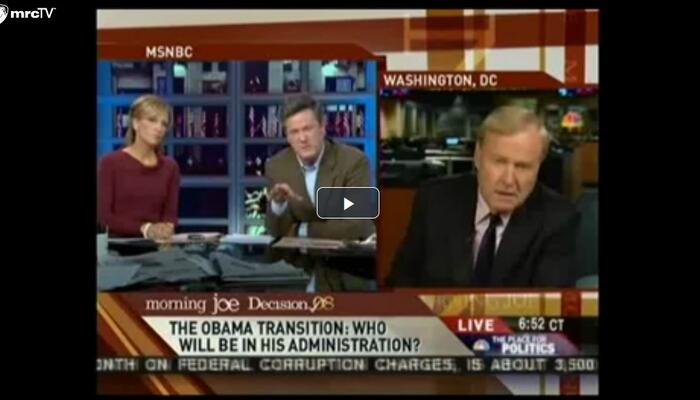 Americans can be forgiven for suffering collective whiplash over the past 13 years in the way the liberal media views presidents. They desperately wanted Barack Obama to succeed. Then, they fought against Donald Trump for four years. Now they are trying to save the desperate Joe Biden. Perhaps one of the best examples of working on Obama’s behalf dates back to 13 years ago last month.

Then MSNBC host Chris Matthews came out and said it was his “job” to help the Democrat succeed. Appearing on the November 6, 2008 Good morning Joe, Matthews felt reluctant to criticize Rahm Emanuel for not immediately accepting the post of chief of staff. This exchange between the Hardball the host and Joe Scarborough followed:

CHRIS MATTHEWS: You know what? I want to do everything I can to make this thing work, this new presidency, and I think …

JOE SCARBOROUGH: Is this your job? You just talked about being a reporter!

MATTHEWS: Yes, it’s my job. My job is to help this country.

SCARBOROUGH: Is your job to make this presidency work?

MATTHEWS: To make this work successfully. This country needs a successful presidency.

What a window into how MSNBC works. Journalists on that network are doing everything they can to undermine Republicans, but Obama, Biden, now is the time to stand up and loyally support the government.

Such an attitude explains why the networks covered up Trump’s bad polls almost double like Biden’s bad polls. Explain why on Monday, when the president went down to historically low number of 38%, ABC, CBS and NBC ignored the bad news. Thursday, when it dropped to an even lower level 36 percent, they ignored that too.

But, as Chris Matthews said, “I want to do everything I can to make this thing work, this new presidency that works … it’s my job.” True in 2008 for journalists and true in 2021.

For more examples of our FLASHBACK series, which we call NewsBusters Time Machine, go here.