Mutunga: Calm and intrepid lawyer loses his cool in the face of rejected colleagues
Advertisement 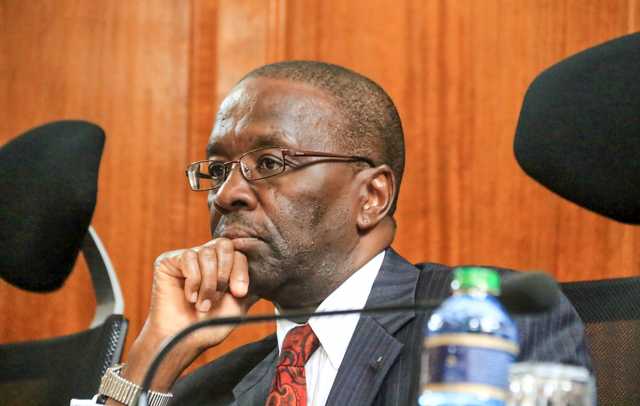 When former Chief Justice Willy Mutunga took office as President of the Judiciary in 2011, he spoke of a horrible institution.

The system he inherited was known for its inefficiency, corruption, and prejudice. And four months after he was sworn in, Dr. Mutunga said about the Judiciary: “We found an institution so fragile in its structures; so scarce in resources; so low in his confidence; so lacking in integrity; so weak in his public support that to have expected him to do justice was to be wildly optimistic. We found a judiciary designed to fail. “

By the time he left office after reaching retirement age, Dr. Mutunga had earned the trust of Kenyans, helped increase the number of judges, and launched new High Court units in remote locations like Garissa and Marsabit. , as well as the decentralized Court of Appeal of Kisumu, Nyeri and Malindi.

Dr. Mutunga’s only notable “ low moment ” was when the Supreme Court received heavy criticism for how it handled the 2013 presidential election petition, filed by ODM leader Raila Odinga, and infighting with some justices. of the superior court, on the retirement age.

During his tenure, Dr. Mutunga was not known to fear anyone and he stood up to both Parliament and the Executive, which at one point he described as a rogue and bandit economy.

And when he recently took on President Uhuru Kenyatta for leaving out six judges who had been recruited by the Judicial Service Commission (JSC), many were not surprised.

In a concise letter to the president, Dr. Mutunga denounced what he described as innocuous and joyful infractions of the Constitution, warning that their occurrence, especially from the highest office, was a sign of a dangerous flirtation with impunity.

Dr. Mutunga stated that there is a reasonable presumption that anyone seeking public office will know the Constitution. He argued that those people should read, reread and understand the specific provisions for the position they are seeking. “If they haven’t, they don’t deserve to be in those offices in the first place,” he said.

He reminded President Kenyatta that nowhere does his oath state that “I will only obey and protect only those aspects of the Constitution that I consider convenient and self-fulfilling; so help me God. “

The move drew criticism from Kenyans who said the president has no power to reject judges as recommended by JSC.

JSC had recommended the appointment of 41 judges, but one was killed in a traffic accident last year. President Kenyatta, however, appointed 34, leaving out justices Joel Ngugi, George Odunga, Weldon Korir and Aggrey Muchelule, who currently serve as Superior Court justices. He also rejected Evans Makori and Judith Omange Cheruiyot, who had been appointed as Land court judges.

President Kenyatta rejected all six for alleged integrity problems surrounding them. In his address at the swearing-in ceremony, President Kenyatta said: “As long as I serve as President, I will choose what is right rather than what is convenient; the difficult over the easy. “

But Dr. Mutunga contested the integrity claims, saying the president did not submit any adverse reports when the JSC requested the evidence, leaving the commission with no choice but to recommend the appointment of judges.

“The conduct of the president in the matter has been below the dignity of that high position. For two years he has subjected various defenders to incalculable personal suffering for no reason and has called into question the integrity of judges and officials judicial functions without undue process.

He said that President Kenyatta’s decision to publish the names of the judges two years later speaks of an exercise of power that “is egregious, reckless and insensitive.”

Dr. Mutunga, a law professor and civil society activist, spent 16 months in detention without trial during the Moi regime.

Many may have thought that he would “withdraw and keep the peace,” but Dr. Mutunga, the activist, is unwilling to remain silent.

Visionstate announces changes to its board of directors