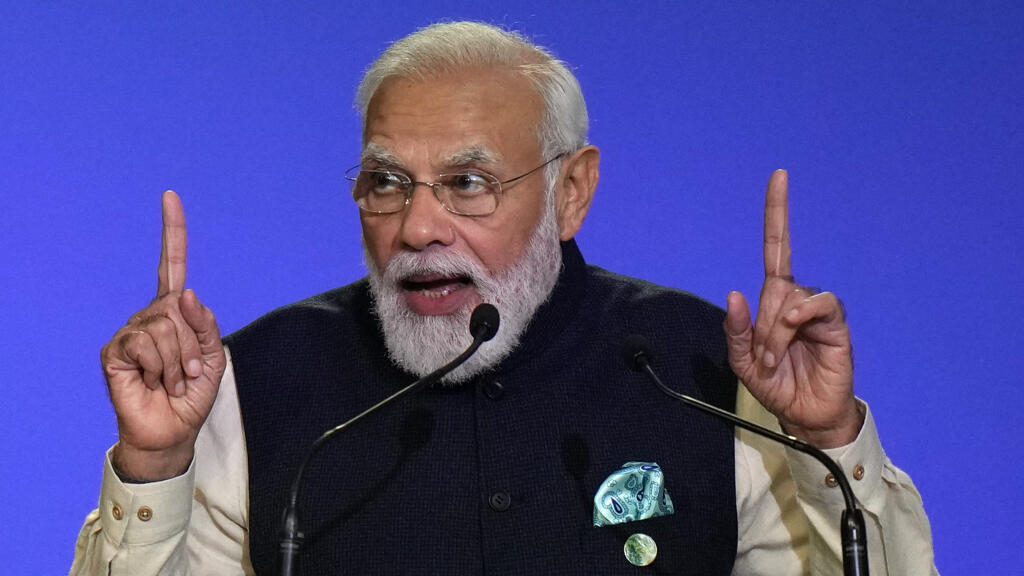 Though its capital has been blanketed in toxic smog, India has spearheaded the prosecution to weaken anti-coal commitments at the COP26 summit, with experts saying it is prioritizing its economic growth over the future of the planet. .

The third largest emitter in the world has partnered with China to water down the language on fossil fuels al Glasgow ConferenceForcing a compromise: a climate agreement that would oblige countries to “gradually reduce” but not “phase out” the use of coal.

IndiaIts resistance to more ambitious restrictions on dirty energy is driven by its need for cheap fuel to power a booming economy and lift hundreds of millions of its citizens from entrenched poverty.

“We have a huge population that has not yet reached a basic minimum standard of living,” Samrat Sengupta, a climate change expert with the New Delhi Center for Science and Environment, told AFP.

Coal consumption has nearly doubled over the past decade – only China burns more – and fuel still powers 70% of India’s electricity grid.

Prime Minister Narendra Modi pledged to wean his country off coal, but told Glasgow delegates that India would only aim to be carbon neutral by 2070, a decade after China and 20 years after the world’s other major emitters.

But without decisive action first, experts warn that India’s emissions will rise in the coming years and sink global efforts to curb global warming.

The effects of India’s fossil fuel addiction are already being felt acutely, with a veil of thick gray haze enveloping New Delhi every winter.

Emissions from coal-fired power plants and vehicle exhaust combine with the smoke from farm fires to suffocate the megacity’s 20 million inhabitants.

On the same day that COP26 delegates were finalizing the global climate agreement, Delhi closed its schools for a week to keep children indoors.

Smog is blamed for more than a million deaths in India each year, and a recent one University of Chicago study found that air pollution could reduce life expectancy by more than nine years for four out of 10 Indians.

Modi’s government aims to mitigate the problem by increasing renewable energy, pledging to make solar energy a share of the energy mix equal to that of coal by the end of the decade.

But India lacks the high-tech capability to meet the demand for solar panels and relies heavily on expensive components from overseas.

It has tried to stimulate domestic production of solar technology by increasing import duties, increasing the cost of renewable energy.

The 2030 solar goal “is a huge goal and very difficult to achieve,” said Sengupta of the Center for Science and Environment.

“It requires a lot of funding and low-cost technologies to be made available.”

India has long argued that historical polluters like the US and Europe are obligated to provide the technical expertise and finance for climate mitigation.

His environment minister told COP26 delegates on Saturday that developing countries have “the right to responsible use of fossil fuels.”

Bhupender Yadav said nations with little historical responsibility for climate change should not be held to the same standards as the world’s largest per capita emitters.

“In such a situation, how can developing countries be expected to promise to phase out coal and fossil fuel subsidies?” churches.

The weakened commitment of COP26 has been adopted with profound reluctance by other nations, eager to finalize the deal after two weeks of negotiating marathons.

Other developing nations – including Pacific island countries facing the existential threat of sea level rise due to global warming – have angered the suggestion that India’s last-minute intervention was made to their account.

Fiji Attorney General Aiyaz Sayed-Khaiyum expressed “not only our amazement, but immense disappointment at the way it was introduced”.