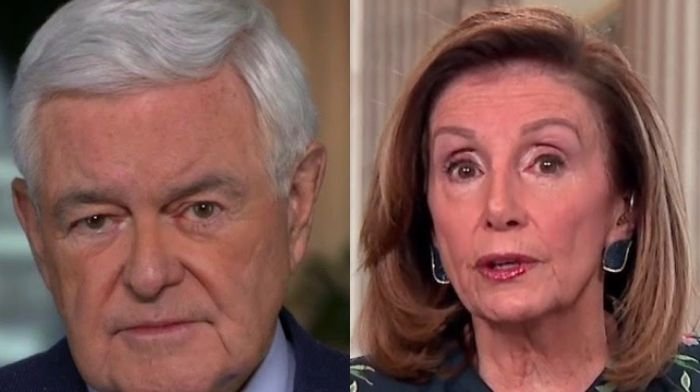 Former House Speaker Newt Gingrich spoke over the weekend to criticize his successor, House Speaker Nancy Pelosi (D-CA). He even said that she is a “dictator” who “does not respect the rule of law.”

“As a former Speaker of the House, I think the United States House is very, very, very important,” Gingrich said while appearing on “The Cats Roundtable” on New York’s WABC 770 AM radio.

“And looking [Pelosi] Becoming a dictator, watching her break all the rules, watching her handle things on her own, I think, is the most destructive thing I’ve seen done by any American politician in a long, long time. And I think that in a few years we will see that problem, “he continued.

“[T]there is no respect for the rule of law at the border ” Gingrich added. “The rule of law is not respected when it is involved in an issue that worries the left.”

‘Pelosi is the biggest threat’

This occurs days after Gingrich told him Fox News that “Pelosi is the greatest threat to constitutional freedom in our life.”

“If its power, arrogance, and destructiveness are allowed to continue to grow, it will break the precedents of the United States House, undermine hundreds of years of common legislative precedents dating back to the 1215 Magna Carta, and destroy the established principle that those those who write laws are still subordinate to them, “he added.

“Republicans who collaborate with Pelosi should be ashamed of themselves,” Gingrich said. “She is using them to support her dictatorship, and they are making it difficult for Republicans in the House of Representatives to effectively oppose her.”

“There should be a concerted national campaign in search of ten brave Democrats willing to confront the Pelosi dictatorship and defend freedom in the United States,” he concluded.

Full story: Newt Gingrich declares Nancy Pelosi to be ‘the greatest threat to constitutional freedom in our life’

This piece was written by James Samson on August 9, 2021. It appeared on LifeZette and is used with permission.

“The biggest threat we face right now is not climate denial, but climate retardation” – LabourList