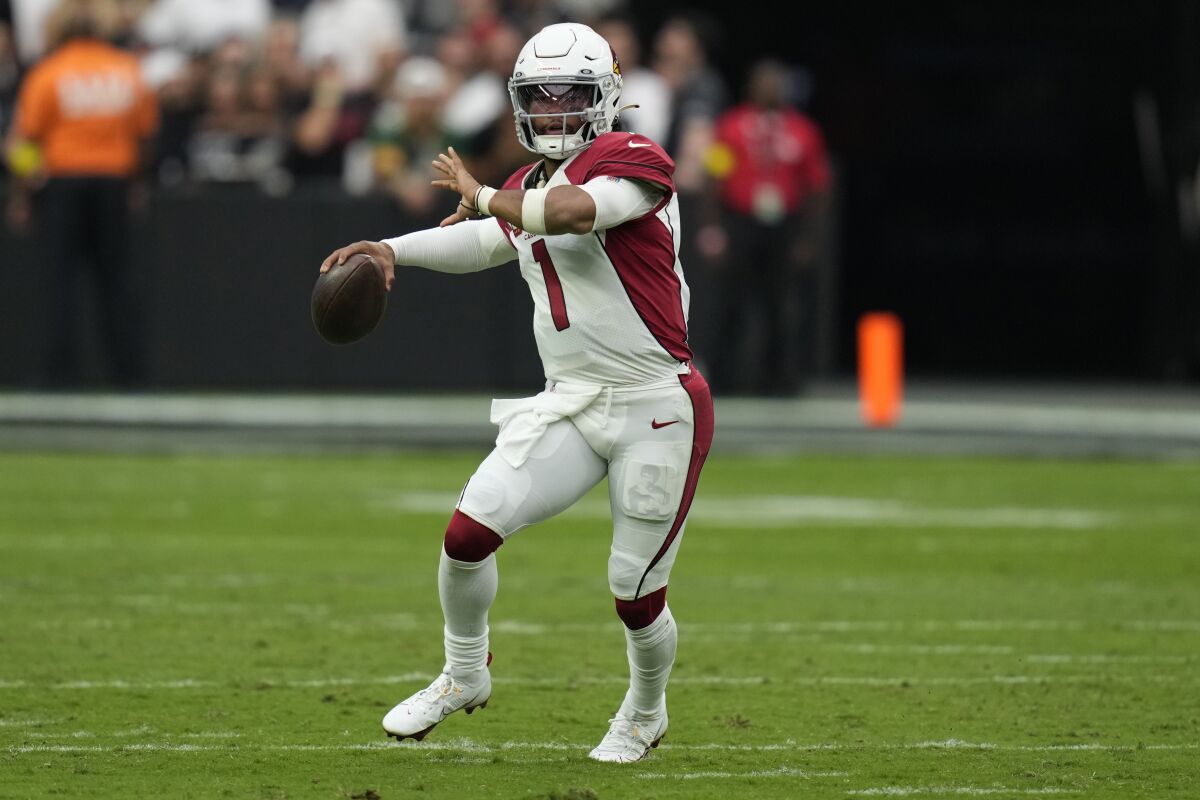 The situation is different, some worryingly similar circumstances.

Last season, the Rams traveled to State Farm Stadium for a season-ending game against the arizona cardinals with a lineup devastated by COVID-19, a scenario exasperated when star cornerback Jalen Ramsey and tight end Tyler Higbee were ruled out hours before kickoff.

The Rams still bounced back and won, helping them propel their run to a Super Bowl title.

On Sunday, the Rams return for an early season opener in the NFC West with a depleted roster this week due to injuries and a suspension.

The Rams (1-1) spent the week making a series of moves to beef up the offensive line and the tight end, running back, cornerback and running back positions.

“A lot of moving parts,” McVay said, referring to last season when the NFL moved a Rams game against the Seattle Seahawks from Sunday to Tuesday due to COVID-19 issues. “I can’t remember another time other than when they had to move the game … that we had so many things, especially before we played our third game.

McVay enjoyed overwhelming success against the Cardinals. He is 10-1 in the regular season and playoffs, his only loss coming a 37-20 loss at SoFi Stadium in Game 4 last season.

That Cardinals victory seemed to herald the arrival of quarterback Kyler Murray as a star who could lead his team to the playoffs. Murray played nearly error-free, completing 24 of 32 passes for 268 yards and two touchdowns while rushing for 39 yards.

But the Cardinals faded down the stretch, losing to the Rams at home and again in a listless performance in a wild-card playoff game.

In July, Murray signed a five-year, $230.5 million extension that includes $103 million in guarantees. He then endured a controversy over the so-called independent study clause in the contract that reportedly required him to study film for four hours during game weeks. The clause was later dropped, according to reports.

The Kansas City Chiefs defeated the Cardinals in their first game. However, last Sunday, with the help of a defense that stopped the Las Vegas Raiders in the second half, Murray guided the Cardinals back from a 20-0 deficit to a 29-23 victory in overtime. .

During a two-point conversion scramble, Murray covered nearly 85 yards in a play that lasted more than 20 seconds, according to the NFL’s Next Gen stats.

“He doesn’t see anything, he’s taking off, so that’s been the problem,” Rams linebacker Bobby Wagner said. “If you let him run around and make crazy plays, let your guys go, not only does he do well, but the team turns on plays like that.”

When Murray gets loose, Cardinals coach Kliff Kingsbury marvels along with everyone else.

“I’m really a fan at the time,” Kingsbury said. “He is out of my control.”

Rams defensive coordinator Raheem Morris liked the challenge of playing Murray to face a young Michael Vick, the former star quarterback who played most of his NFL career with the Atlanta Falcons and Philadelphia. Eagles.

Rams defensive lineman Aaron Donald has had success against Murray.

“Every week, we have the mentality of trying to find a way to dominate a game and you have opportunities to do it,” Donald said. “I just took advantage of it.”

The Cardinals have their own Hall of Fame defensive lineman.

JJ Watt, like Donald, is a three-time NFL Defensive Player of the Year. Last season, Watt’s first with Arizona, the Cardinals were 7-0 before he suffered a shoulder injury that sidelined him until the playoffs. The Cardinals lost six of their last 10 regular season games.

“His leadership and the guys that don’t want to let him down when they’re on the field with him is very special to see,” Kingsbury said.

Image source: MGM Timothée Chalamet returns to the big screen, this time alongside "Waves" actor Taylor Russell, as the two find themselves at the...
Read more

The search is over. This boyfriend and his girlfriend had the best Halloween costumes of the year. – ViralNova

Every year, millions of people use Halloween as an excuse to be creative, funny, scary, or sometimes offensive. There were many greats this...
Read more