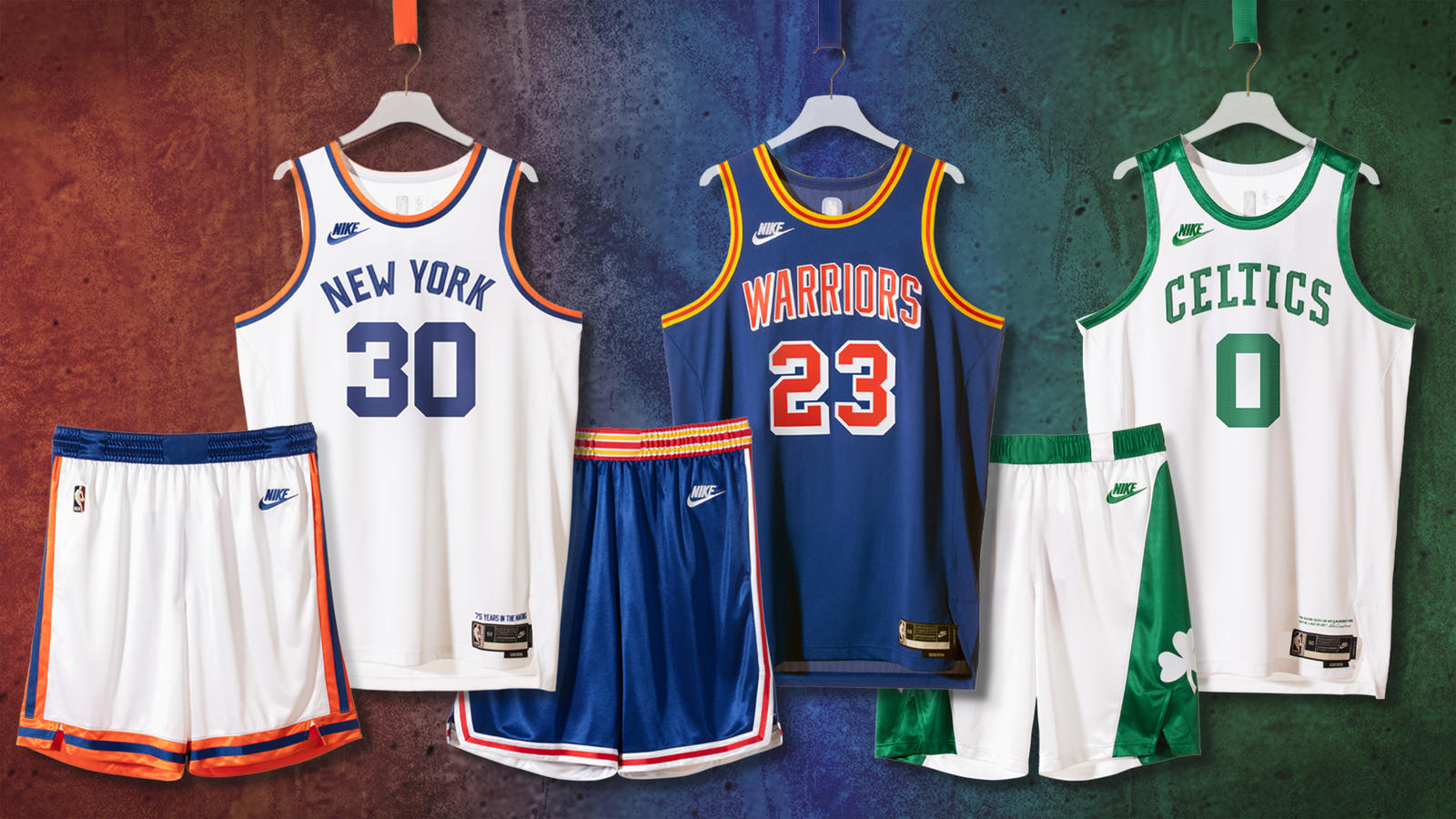 With the NBA’s 75th anniversary beginning next season, Nike introduced the new Nike NBA Classic Edition uniforms that recognize the three franchises that have been part of the league from the beginning: the Boston Celtics, the New York Knicks and the Golden State Warriors.

Those three teams helped lead the way on August 3, 1949, when the Basketball Association of America and the National Basketball League merged to become the NBA. All three uniforms bear the classic Nike Sportwear logo, the first time the brand has featured prominently on an NBA jersey.

Retro uniforms are nothing new in basketball. What’s new is how the Nike NBA Classic Edition uniforms intersect with such a pivotal moment in the league’s history, ”says Elesban Montoya, Nike Basketball Uniform Design Director. “A big reason for the success of the merger was the support of the fans. So this is our twist on historic uniforms, but it’s also an emblem of respect for the fans who joined their teams and introduced themselves to the league throughout the years. “

DeMar DeRozan Headed to Chicago on a Sign-and-Trade Agreement