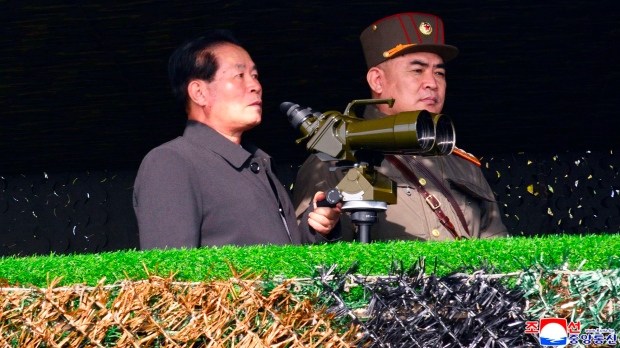 An artillery competition was held on Saturday between mechanized units, in the presence of senior government and military officials, the official Korean central news agency reported.

Leader Kim Jong Un was not mentioned in the report, suggesting that he did not observe the training. He supervised a similar artillery fire drill last year.

This year’s exercises were designed to inspect mechanized units’ progress in their mobile combat capabilities and to further intensify competitive training among the Northern Armed Forces, the KCNA said.

Since September, North Korea has been testing a number of newly designed missiles, including nuclear weapons that put US allies, South Korea and Japan at close range.

Some experts say North Korea wants its rivals to accept it as a nuclear state and work to ease international sanctions on the country.

But its long-range artillery pieces deployed near the South Korean border pose a serious threat to the populous South Metropolitan Region and other areas, experts say.

US-led talks aimed at ending North Korea’s nuclear program failed in early 2019 amid wrangling over sanctions. US officials recently offered a resumption of talks with North Korea without preconditions.

The North has said it will not return to talks unless the US first ditches what Pyongyang calls its hostile policy, an apparent reference to sanctions and regular military exercises between Washington and Seoul.