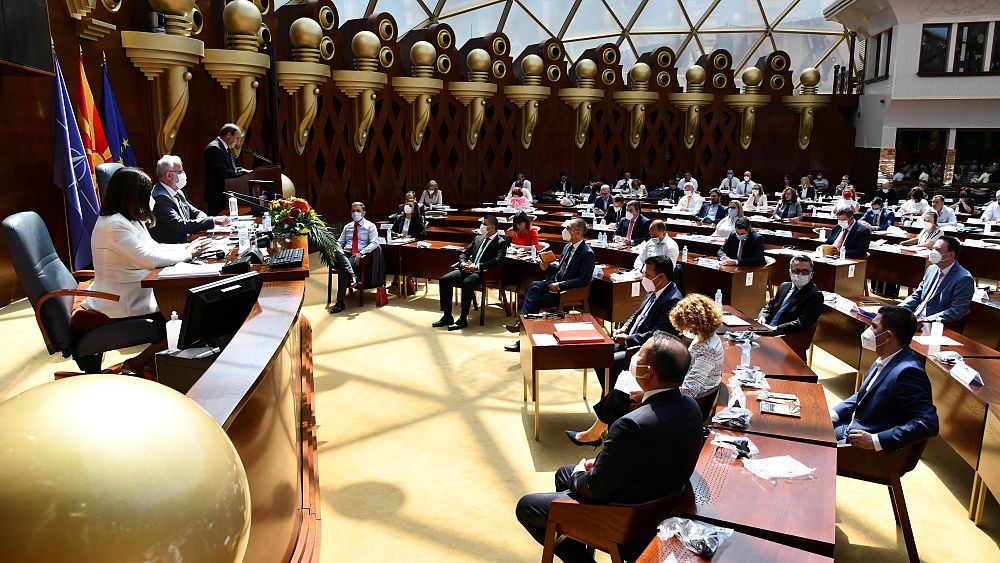 North Macedonia’s parliament will meet on Thursday to vote on a no-confidence motion on the government.

The motion was presented by the opposition after the defeat of the leftist government in the municipal elections.

The main opposition party, the right-wing VMRO-DPMNE, presented the signatures of 61 MPs in support of its initiative, out of 120 MPs.

The political tower comes as the small country of two million faces a resurgence of the COVID-19 epidemic and an energy crisis.

After his party (SDSM) lost the October municipal elections, Prime Minister Zoran Zaev announced his resignation, suggesting that the same majority would form a new government.

The current majority includes the SDSM and the main Albanian Community Party (DUI).

But VMRO-DPMNE president Hristijan Mickoski says he has built a new majority, with the support of several other small Albanian groups, which make up a quarter of the population.

Zoran Zaev, whose popularity was already waning due to poor progress in the country’s march towards the European Union, never formally submitted his resignation to parliament and even seems to have changed his mind.

The executive committee of his party decided on Tuesday that his resignation would be “postponed” indefinitely, “to ensure the stability and the European perspective” of the country.

“I sincerely hope that the democratic parliamentary majority will stabilize,” Zaev said.

If his government does not survive the no-confidence motion, the opposition will have the opportunity to form a new government. If this fails, early elections must be called.

“I will try to form a new government that is seriously credible and effective in crisis management and in the fight against crime and corruption,” said Mickoski.

To unlock the rapprochement with the European bloc, Zoran Zaev, who has led the country since 2017, struck a difficult agreement with Athens in 2018 to change the name of his country to North Macedonia.

Greece, which has a province of the same name, believed that its neighbors’ use of the name was a usurpation of its heritage.

The deal allowed North Macedonia to join NATO in March 2020. But EU accession negotiations never started, despite a formal green light in March 2020.