Home HEALTH Not just for the money: Groundbreaking study reveals the best and worst...
HEALTH

Not just for the money: Groundbreaking study reveals the best and worst jobs in the UK | work and careers 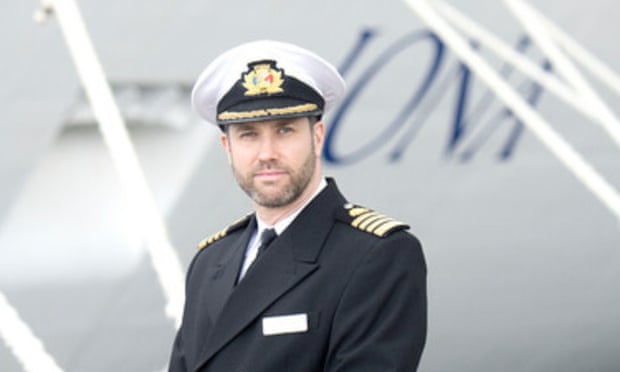 If you are looking for happiness, try to make a living captaining a ship or tiling walls. But choose to be a judge, a housing officer, or a theme park attendant, and prepare yourself for a measure of misery.

Pioneering research into the ‘whole earnings’ of UK employees, which attempts to take into account both welfare and cash earnings, has revealed jobs where the reality of working hours undermines the pay benefit and those that offer the greatest rewards in addition to salary. .

the studyof leading academics from the London and Paris schools of economics, suggests that the best jobs are marked by autonomy and provide satisfaction in completing tasks, while the worst include roles in which workers are plagued by the problems of others, be it customer service, administrators or social workers. .

It also states that if welfare is taken into account, income inequality in the UK, which is already the worst of western europe – is a third wider than previously believed, creating a hidden “real income” gap.

“The people who fare worst in this widening gap tend to be women and ethnic minorities, and the winners tend to be white men,” said Andrew Clark, a professor at the Paris School of Economics.

The study was co-authored by Maria Cotofan and Professor Richard Layard, the Labor fellow who pioneered the “economics of happiness” and is co-editor of the world happiness reportwhich ranks the UK as the 24th happiest country in terms of average life satisfaction.

Academics monitoring well-being in Europe and the US are increasingly concerned that conventional economic measures, such as gross domestic product (GDP), underestimate the extent of social divisions, which in turn threaten political stability . They note that anti-government protests have increased in recent years in the UK, US, France, Italy and Spain, and analysis showed that voters’ sentiments about their income were a much better predictor of whether they voted for or against Brexit than actual income.

Topping the “total earnings” table are chief executives and elected representatives such as parliamentarians. Building and construction trades supervisors, plasterers, pavers, tilers, and decorators are also near the top for life satisfaction, despite earning less in cash. Pilots, flight engineers, and ship and hovercraft officers join sports coaches and fitness instructors among other top earners when wellness is considered.

“Occupation is one of the most important decisions that individuals make,” the study concludes.

Clark said workers who have autonomy, managerial roles, mastery of a skill, or public service work tend to have higher overall earnings.

“Working in health and education brings a kind of reward in terms of doing good,” he said. “Sales and customer service are terrible. There should be very little intrinsic reward for selling things.

The study used data from the 2014-18 ONS Annual Population Survey related to full-time employees aged 18 to 65, a sample of 210,000 people. These people were asked to rate their “satisfaction with life” on a scale of 0 to 10, from “not at all satisfied” to “completely satisfied.” Earnings were measured as actual hourly earnings and each person was assigned one of 90 different occupation categories.

“Some low-paying occupations, such as customer service, store clerks, and low-skilled workers, also have the worst non-earnings, resulting in total earnings that are lower than actual earnings,” the researchers found. “Some elementary construction and farm workers have higher full incomes once the value of amenities is factored in.” This latter finding may suggest the benefits of working outdoors.

The findings suggest that there is also satisfaction in seeing a finished job, something decorators and installers regularly enjoy. Their co-workers, steel fitters, masons, and carpenters had lower total incomes. They also suggest the negative impact of largely reactive jobs, such as call center operators and kitchen porters.

Three people share what they get from their work

Cruise ship captain: ‘The bridge will turn orange and red with the sun’

“Sitting on the bridge on sea days is awesome,” said Robert Camby, a P&O captain who has spent 27 years in the cruise business and is about to pilot the Arvia, a new 5,500-passenger behemoth sailing through the Caribbean and the Mediterranean. “You will get turquoise waters, crystal blue skies. Sometimes we head straight into the sunset and the bridge turns orange and red with the sun.”

Captaining the ship was like “children with their toys,” he said, though he stressed that there were also female captains. “We also get to work with a hugely diverse team. We have 50 nationalities and we come to understand so many cultures.”

The job is also as managing director of the ship, with its theaters, spas, galleys, engine rooms and 1,800 crew members. To passengers, the captain is something of a celebrity, making appearances opening stores and events. “It’s like walking through your own town and you’re the mayor,” he said.

The main challenge is the weather and recently had to evacuate the thirty meter storm surge caused by Storm Eunice. “It was pretty awful in terms of the wind,” she said, but got the ship safely to Southampton.

Overall, he said, the work was “extremely rewarding.”

Hanging £600 a roll wallpaper in the homes of footballers and wealthy millionaires can be a stressful business; any mistake can cost a small fortune. But the satisfaction of a job well done is huge, says Adam Bown, 38. He runs Divine Decorators of Cheshire, which puts the finishing touches on million-dollar home makeovers in the county’s affluent “golden triangle.”

“Room transformation is a really satisfying part of the job,” she said, adding that she understood why decorators ranked so high on wellness charts. “A lot of what we do is visible. Nobody really appreciates a boiler on the wall, but they will appreciate a good wallpaper.”

Bown has painted and decorated for footballers such as David Beckham and Sergio Agüero. He said: “I really enjoy finishing properties. It’s a good business to be in; not too physical, but enough to keep you fit. It’s a pretty detailed job and I really enjoy having a good relationship with my clients.”

Kitchen porter: ‘My family is the main thing’

Emptying overflowing bins was the worst part of the job for 25-year-old Keilon Richardson when he worked as a kitchen waiter at Fat Duck. He worked 11-hour shifts washing dishes, packing boxes and cleaning at Heston Blumenthal’s three Michelin-starred restaurants in Bray.

Despite being one of the most thankless jobs in catering (George Orwell described kitchen servers as “slaves of the modern world”), Richardson was not unhappy, even when faced with the most encrusted pan that a chef “really had messed up.”

“I was never afraid to go to work,” he said. “As long as the amount of work was reasonable, I would focus on the people around me.” He liked to get recipes from the chefs (pasta and seasoning for the ribs, instead of the restaurant’s famous specialties like conch porridge) and try them out with her family at home.

“Work is a necessary process,” he said. “My family is the main thing. Every job I take, I take with you in mind.”

Bezos rocket crashes after liftoff, only experiments on board

British authorities are taking "precautionary" steps to ensure UK oil rigs are not vulnerable to interference after drones were spotted near Norwegian rigs and...
Read more