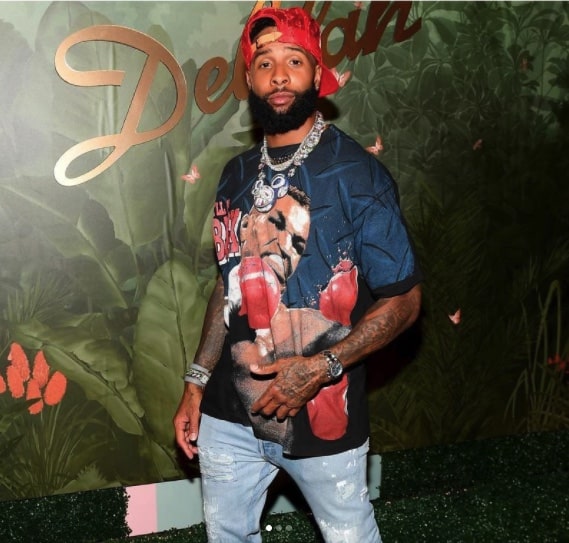 It’s been a few days since the Cleveland Browns released the wide receiver Odell Beckham Jr., from the team after being with them since 2019, and although he has moved to another team, he cannot forget his time in Cleveland, also known as “Believeland”. The NFL player took the time to write a sweet letter to the city, Brown’s organization and fans.

In the letter shared on Twitter, he wrote, “I want to thank the city of Cleveland for welcoming me with open arms. My goal has always been to help bring a championship to the city of Cleveland from the day I joined Cleveland. Browns “. He continued stating, “Through all the ups and downs, injuries and rehab, I am forever grateful to have played in front of some of the biggest fans ever. Dawg Pound, thank you for hugging me and showing me so much LOVE! ” Since his release, Odell has taken his talent to the West Coast and signed a deal to play with the LA Rams.

According to ESPN Today he took to the field with the team to train, where he started making the decision to be a Ram. “It took me a long time to make the decision, and it wasn’t to create anticipation or anything,” he said. “This is my life, and I feel like I’ve been through a lot. I am at a point in my life where I am ready to play football. I have dedicated myself, I have sacrificed a lot to be here. It happened that this felt good in my heart and soul. “

This Monday, Odell is preparing for his game day debut as the Rams play against the San Francisco 49ers. Roommates, will you tune in to the game?