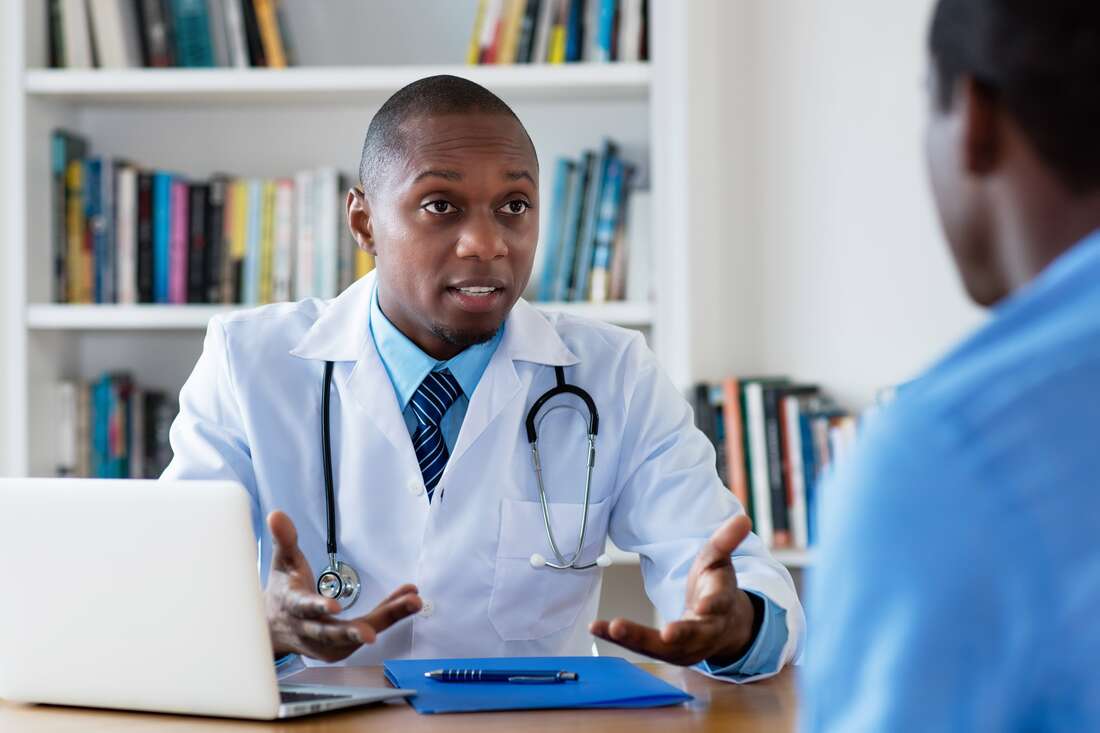 Question: I have elective surgery coming up, but I have some negativity towards the surgeon who has recommended me to do the job. How can I tell my personal physician this without jeopardizing my treatment?

You have asked an important question that could lead us in all kinds of directions if we are not careful. On the one hand, we could travel in the most dangerous direction called politics. There is little doubt that in many countries people are aligned and vote according to their own preconceptions about those who want to hold political office. This is a global phenomenon and not just typically Kenyan, as many are led to believe.

In the US, for example, the country is divided between blue and red states.

Blue states vote for Democrats like Joe Biden, while red states vote for people like Donald Trump. This pattern sometimes changes depending on the problems, but it is generally the same. The situation in Kenya has been similar in the past and politicians speak of ‘voting baskets’ consisting mainly of members of their tribe, who are expected to vote for them, either because they believe they can protect their interests or because the other person will harm your interests. It appears that a gradual change is taking place in Kenya, and historians will have a field day when it comes their turn to comment.

In relation to his question and away from politics, one is anxious to know why he is prejudiced against the surgeon. Not confident that your doctor will make the right decisions for you? Is it, for example, from a tribe that you don’t like, or is it formed in a country or a medical school that you don’t like?

Prejudice simply means that you have a preconceived opinion about something or someone that is not based on reason or actual experience. In your case, the surgeon is the subject of your opinion before you have had a chance to interact with him. You must decide whether or not to trust your doctor, and if you do, you must confront him or her with your concerns.

There are people who, for example, do not like people of another religion or ethnic group. For them, belonging to a tribe or religion other than their own is an adequate reason to dismiss all members or that group as undesirable.

This is the type of person who will not consider marrying their son or daughter to a person of a different tribe or religion, yet we know of many cases where inter-religious-tribal unions have gone well. More examples are shown below.

Race is another area prone to prejudice, and in this case, the United States, sadly, has the most troubling data.

The Black Lives Matter movement is an excellent example of this bias that has persisted over the years. Blacks, for example, are more likely to go to jail than whites, have lower wages on average, and are also less likely to get a job. This despite the fact that Barrack Obama has been president. You may be wondering why this is happening.

In its attempt to bring some order to life, the human brain is partly responsible for some types of prejudice. In your case, for example, your assigned surgeon may have been trained in Nigeria and you dislike Nigerians because of their films portraying many cases of witchcraft. In this sense, his rather ‘lazy’ mind organizes the information in such a way that everything that is Nigerian is classified as bad, whether the surgeon, the husbands, the preachers and the people of that country are judged of this same negative way.

They recently brought us a girl chased by a black dog because everything that was black reminded her of the dog and caused her intense fear. He couldn’t leave the house in case he came across a black cat, a car, a cow, a chicken, or anything else that might remind him of the black dog.

This kind of generalization leads some women to declare that they will never marry because all men are bad. This decision was made after they observed a marriage between their parents that had a lot of violence. Conclusion, all marriages are the same.

There are also people who hold the widely held view that people in certain parts of the country are thieves and others are good cooks and watchmen. Such an attitude denies the opinion holder the possibility of choosing the best person for the position. The loser is the bearer of prejudice.

When choosing your surgeon, governor, or house aide, you should try to overcome prejudice and, in the process, give yourself the opportunity to find the best man or woman for the job. The awareness of the possibility of prejudice is the beginning of your liberation.