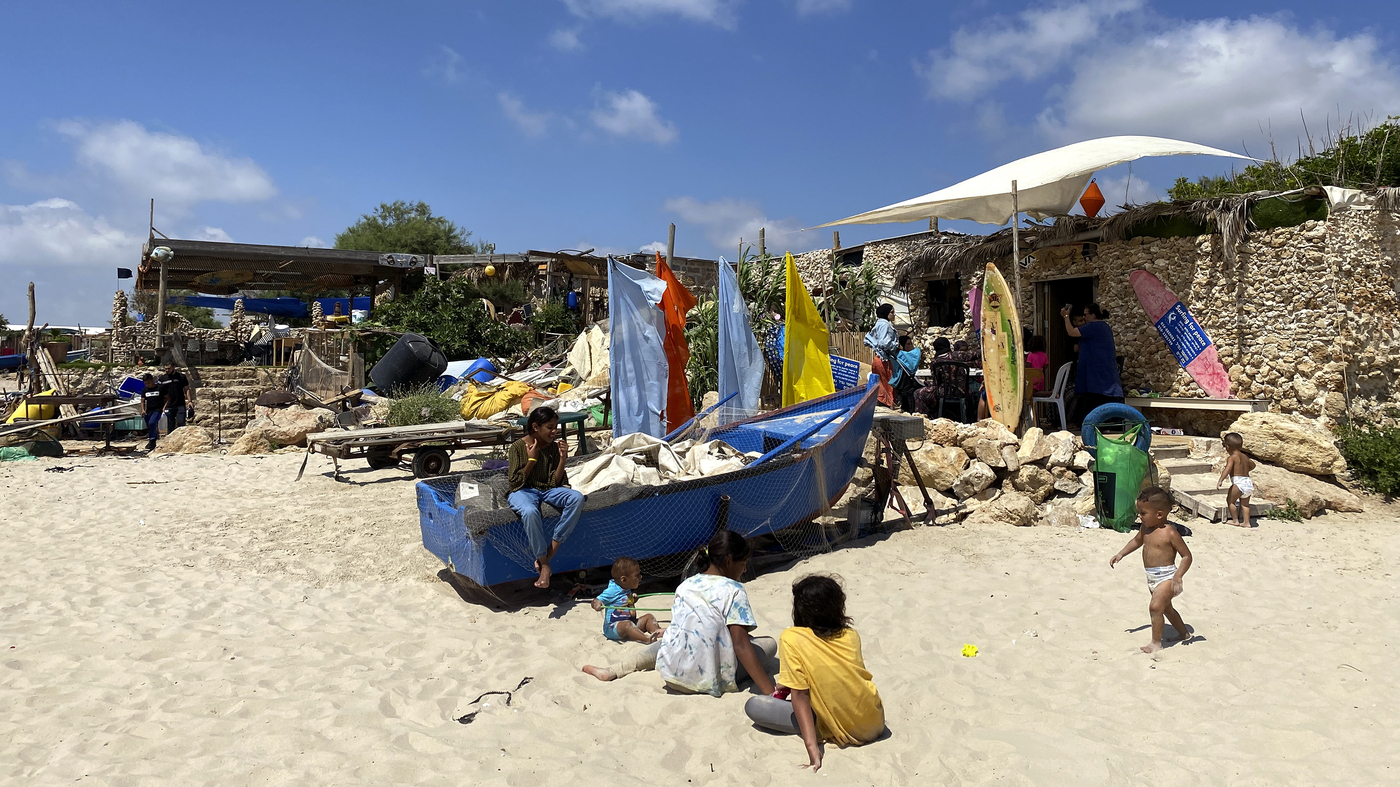 Jisr al-Zarqa is home to Palestinian citizens of Israel and one of the poorest parts of the country.

Jisr al-Zarqa is home to Palestinian citizens of Israel and one of the poorest parts of the country.

JISR AL-ZARQA, Israel – As you enter this coastal town, the smooth asphalt gives way to a partially dirt road. Drivers struggle to drive over potholes and around pedestrians on narrow streets. Many buildings are unfinished and in ruins.

Jisr al-Zarqa, a fishing village on the Mediterranean Sea, is home to Palestinian citizens of Israel and one of the poorest parts of the country. In stark contrast, it is surrounded by Israeli Jewish areas with expensive real estate and popular tourist sites.

But these days, some residents say they look forward to a change in town. Israel’s new government includes an Arab political party for the first time and promises to invest in Palestinian communities in Israel. That could help a place like Jisr al-Zarqa, where the Mediterranean shines, but residents say services and opportunities are few.

“We have nothing in this town, nothing,” says Dr. Ayyat Rageh, who works in an elite hospital in Tel Aviv, but is back in Jisr al-Zarqa to meet childhood friends, who are also doctors. . Friends intervene saying that the people need land, buildings, streets, money and jobs.

Dr. Ayyat Rageh (left) works at an elite hospital in Tel Aviv, but is back in Jisr al-Zarqa to meet childhood friends, who are also doctors.

Residents also complain that they lack other basic amenities such as a post office, bank, sidewalks, and parking for the 15,000 people in the village.

The village was even used as the setting for the deeply impoverished Gaza Strip in the Israeli Netflix series. Fauda.

Crime is also a concern, but the village only received one police station in 2017, with only two police officers, according to the head of the Jisr al-Zarqa local council, Murad Ammash.

Palestinian citizens of Israel, also called Israeli Arabs, are estimated to make up little more than a fifth of the Israeli population. More than 80% of them believe that the majority of the Arab citizens of the country want to integrate into Israeli society, according to a 2020 study by the Israel Democracy Institute think tank.

Unlike Palestinians living in the Israeli-occupied West Bank and Gaza Strip, Palestinian citizens of Israel are supposed to have the same rights as Jewish Israelis. They can vote, hold public office and start businesses, for example.

Yet many Palestinian Israelis say they are treated as second-class citizens at best.

Murad Ammash is the head of the local council of Jisr al-Zarqa.

“People feel neglected and discriminated against by the government and do not believe that the government can help them in any way,” says local elected leader Ammash.

The village is increasingly surrounded by Israeli Jewish cities. Human rights observer has reported that the Israeli government uses discriminatory territorial policies that allow Jewish citizens to expand their areas, while the policies restrict Arab citizens to smaller and more densely populated communities in Israel, such as Jisr al-Zarqa.

Unfinished multi-story buildings are a sign that families must build because there is no more land for the growing population.

The predominantly Jewish neighboring town, Caesarea, raised a tree-topped earth mound between it and the Palestinian people. “What you see before you is a racist wall of separation,” says Ammash, “so they don’t see the ugly Jisr.”

On the other side, Caesarea has bustling beaches, a golf club, and restored remains of an ancient Roman port city that attract tourists. Visitors stroll down stone steps to upscale restaurants, bars, and gift shops. Tourism is big business in this part of Israel.

An overview of some of the ancient Roman ruins at Caesarea, located south of Jisr al-Zarqa.

An overview of some of the ancient Roman ruins at Caesarea, located south of Jisr al-Zarqa.

Israel held legislative elections in March that resulted in new national leadership after 12 years under Prime Minister Benjamin Netanyahu. In June, lawmakers approved a coalition “government of change” led by Naftali Bennett and that included politicians from the right, center and left, as well as Arab parties.

Ammash says voter turnout was low in Jisr al-Zarqa. It says nearly 3,000 people voted, about half of them for Mansour Abbas, head of the United Arab List.

Lawmaker Abbas joined the ruling coalition and negotiated billions of dollars for development projects for Palestinian citizens in Israel.

Rageh, the Palestinian doctor who works in Tel Aviv, says he voted for Abbas. He sees it as a test: Will having an Arab in government finally make a difference? Will it bring much-needed public funding to Israel’s impoverished Arab cities and neighborhoods?

“I see a lot of potential”

With government funding, Jisr al-Zarqa could participate in the local tourism economy, according to Heather Heldman, who was an advisor to the US State Department and is now a partner of the Luminae Group for risk assessment in the Middle East. .

The town has many things to offer, such as beautiful beaches and fresh seafood.

There is a guest house that already receives tourists. Its owners raised money in a Kickstarter campaign and its clientele has been mainly young Israeli backpackers and international guests.

“You have a community that has faced a lot of adversity, but has found a way to become a diamond in the rough by capitalizing on the gifts it has. I also see a lot of potential: a true public relations victory for the Israeli government. – you need right now and you should take advantage of it, “he says.

At a local picnic spot, one of the few green spaces in town, Arabic music plays as families and friends barbecue and socialize. Ru’a Jorban is there with her partner. He makes ice cream and she is studying chemical engineering at a university on the outskirts of town. They were both born and raised in Jisr al-Zarqa.

They both voted in the elections, but declined to say who they voted for.

Jorban hopes that the money promised for development will reach the village.

“I wish we could use our education to come back and work here and contribute to the economy and help make our city a better place,” he says.

But he knows that when he graduates, he says, he will have to look elsewhere for opportunities.