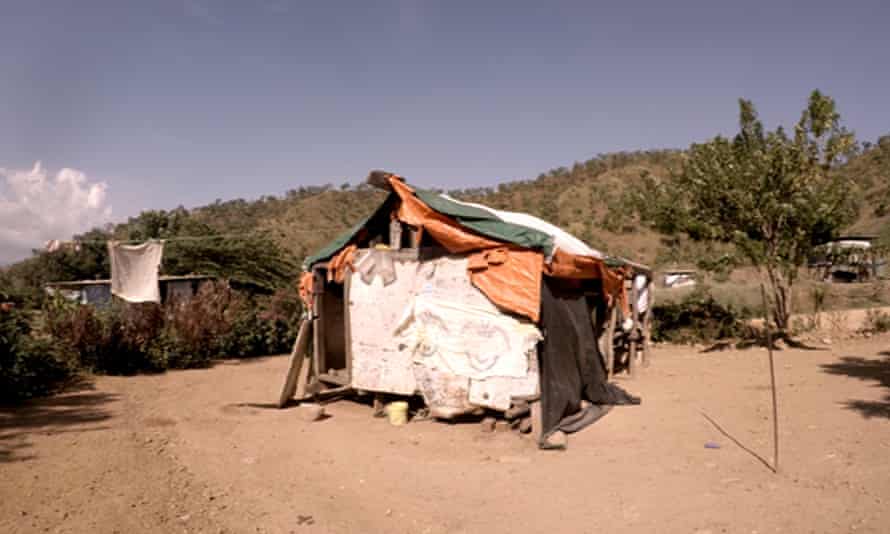 Many former residents of a settlement in Papua New Guinea who claim they were forcibly evicted nearly a decade ago claim they live without access to sanitation, electricity and water, and some have faced homelessness, violence and community tension as a result of relocation, according to a new report.

In 2012 the Pay Hill Development Company (PHDC), a PNG registered company with significant links to Australia, announced its plan to create the Pay Hill Estate, which would include a resort, casino and an aquarium. In 2012 Police, backed by bulldozers, have begun moving to the Paga Hill settlement in Port Moresby to clean up the area.

About 3,000 Paga Hill residents have been relocated to other settlements around the capital.

A new report from Aid Watch and Jubilee Australia contains interviews with 190 former Paga Hill residents, some of whom say their move has led to a number of problems.

“These are the basic necessities we need to live and survive every day that have been taken away from us,” said Natalie Lowrey, campaign coordinator at Aid Watch.

PHDC told Paga Hill residents that they would be relocated to the Six Mile settlement east of Port Moresby, where each family would be given a land title, with access to electricity and water.

But nearly a decade later, many people in Six Mile live in tents that now break after years of use, there’s only one water tap running sporadically, and electricity and sanitation are inadequate, according to the report.

In 2014, after further evictions, some Paga Hill residents were relocated to Gerehu, a large suburb north of Port Moresby, which was not connected to the electricity grid. The only water tap is in a nearby community, and former Paga Hill residents say they have to pay to use it. Some claim they suffered back injuries from carrying water away from home, others claim they were attacked by residents of the community where the tap is located.

In a statement, the PHDC said the issues raised in the report have long been settled by the courts of the PNG. The company added that his relocation of the community, despite not being legally obligated to do so, was a momentous case and was conducted legally.

“In particular, the courts confirmed the status of the settlement as informal / illegal, finding that there was no unfairness in our land acquisition in Paga Hill, nor in the eviction process, and that no compensation was granted. Despite not being legally required to do so, PHDC has provided the land with access to services, financial and other assistance as part of a historic relocation that has been praised by the United Nations in PNG, “the company said.

Roy Trivedy, who was the UN resident coordinator in PNG at the time of the resettlement, spoke at an official event to mark the handover of land to members of the Paga Hill community, congratulating PHDC and Paga Hill residents for the program. of resettlement.

However, he told al Sydney Morning Herald in 2017 that although he was impressed with the written plans for resettlement, he had not been involved with Paga Hill since.

“I asked the company to stop using my name to support something I haven’t seen,” he told the newspaper.

PHDC disputes Trivedy’s account of his limited knowledge of relocation plans, saying he was involved in “multiple meetings related to evictions and our relocation efforts”.

“I lost two friends who were murdered in the neighborhoods they were forced to move to,” he said. “Many of these communities are very cramped and therefore when new people arrive, in this case they have been forced to enter because they had no choice, it has created conflict. All of these people are just trying to survive in pretty tough conditions, “he said.

The report also said 25 percent of respondents directly blame the deaths of family members or friends for demolitions, evictions and relocation.

“Imagine being removed from the place you love, your home, you lose all your belongings. It was a very traumatizing experience and left a lot of people very depressed, “Mogerema said.” Of course, people died from it. “

Lowrey added: “Many of those who died were elderly, respondents said they simply did not have access to the right health care where they had been transferred,” he said. “They died sooner than they should have been due to this.”

The PHDC said former Paga Hill residents have already attempted to sue them for compensation, with the matter filed on every occasion, and that they are not aware of any grounds for compensation. He also disputes Paga Hill’s account as an “idyllic” community before the evictions occurred, saying the deal was “informal, illegal”. [and] basic infrastructures were missing ”.