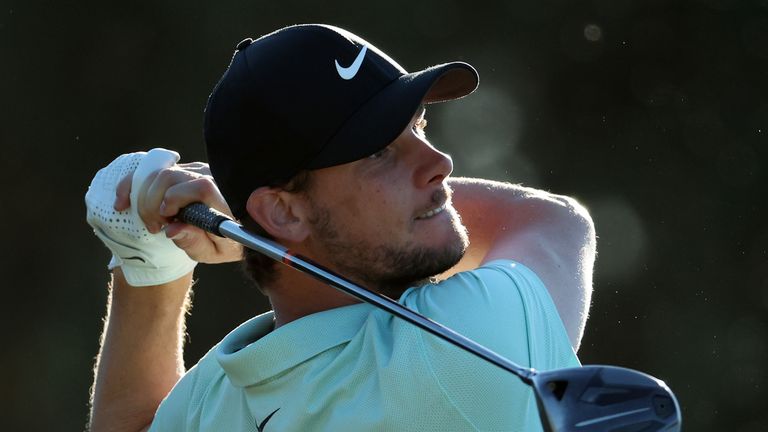 Thomas Pieters produced a compelling back-nine charge to claim a share of the 54-hole lead with Matthieu Pavon at the Portugal Masters.

Pieters struggled to keep his challenge on track early on day three at Dom Pedro Victoria Golf Course in Vilamoura, battling windy conditions and a series of “mudballs” that prompted him to wonder why favorite lies weren’t. working.

Playing times of the final round

A mud ball was the cause of a double seven in the fifth, while the fiery Belgian left plenty to keep up with an impressive Pavon, who took the lead with three birdies in four holes in his outgoing 31st. .

But with the wind lessening after the turn, Pieters followed a birdie at 10 with a superb 25-foot putt for the eagle despite a “terrible” three woods at 12, and also caught a birdie at four of the last. five holes to close a fun inward 30 and a round of 65, a score equaled by the French.

Pieters and Pavon finished with 16 unders and have a four-stroke lead over Lucas Bjerregaard, while the likes of Sam Horsfield, Richard Bland and Callum Shinkwin have opportunities to win outside of the final round.

“The top nine were really hard on the wind, but we were lucky and it fell on the second,” said Pieters, chasing his fifth European Tour title and his first since August 2019.

“The first nine were brutal. The wind changed every five seconds, it seemed. I put it well, I gave myself a lot of chances and it was nice to start with a putt like that at 18.

Get the best prices and book a ride on any of 1,700 courses across the UK and Ireland

“I felt like I had been playing well all day. I’m not going to make excuses, but I had a mud ball on the par five, the fifth. I had five mud balls on the top nine, so I didn’t understand why we didn’t he placed the ball today.

“But I finished well. I hit a terrible three-wood in 12, got away with it and did the putt. In my head it was like a two or three stroke swing, and I was very positive after that.”