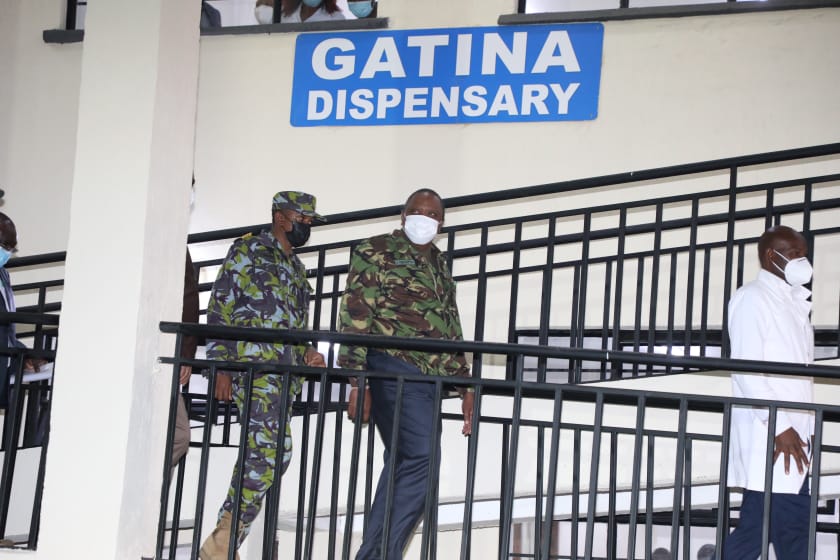 The 24 new hospitals being installed by Nairobi Metropolitan Services (NMS) in Nairobi will offer 24-hour services in a bid to improve access to health services for city residents.

This follows a directive from President Uhuru Kenyatta in launching five new health centers in the capital on Tuesday night.

The president said this measure will ensure city residents access health services whenever they need them, as well as decongest Kenyatta National Hospital (KNH) and Mama Lucy Hospital in the process.

“Instead of someone using money to seek medical services at Kenyatta National Hospital, they need to access these services at facilities that are nearby,” said Mr. Kenyatta.

The Head of State said that he had observed during his inspection tour that most facilities operated only during the day, denying residents much-needed medical care at night.

“We found that Nairobi hospitals open at 8am. M. And they close at 6 p.m. M., which means if someone gets sick or needs medical attention after 6 p.m. M., The only medical center they can access is the Kenyatta National Hospital, ”he said.

To address this, Mr. Kenyatta ordered that the public hospitals being built operate 24 hours a day.

He announced that 19 of the 24 new hospitals were already complete with plans in place to have adequate resources for 24-hour operations.

On the night tour, the president inaugurated two level 2 hospitals in Gichagi in Kangemi and Gatina in Kawangware, as well as level 3 hospitals in Mukuru Kwa Rueben, Tassia Kwa Ndege, and Our Lady of Nazareth in Mukuru Kwa Njenga.

The new health facilities are part of a larger plan to decongest KNH, Mama Lucy, Pumwani and Mbagathi hospitals.

This now leads to nine hospitals that have been commissioned, the others being Uthiru-Muthua Hospital, Kiamaiko, Kayole-Soweto and Ushirika in Dandora.

Last month, NMS CEO Mohamed Badi, who accompanied the president on the four-hour night inspection tour, said they would open 12 hospitals and another seven in various stages of completion.

President Kenyatta said he commissioned the health facilities at night to comply with Covid-19 containment protocols.

“As you have seen for yourselves, it would have been impossible to go and do what we did today, during the day because of the amount of people that would have been there. It would have been very difficult for us to do the work we wanted to do and at the same time observe the Covid protocols that the government has implemented, ”he said.

“The other thing we wanted to see was the roads. We embarked on a program in which we are making 400 km of roads in the interior of our cities. We have been able to travel in these informal settlements without problems. These are roads that we have been building for the last year and now we are building 450km and we want to increase them with another 300km in this financial year, “he said.

On the water supply, Kenyatta said that NMS has drilled hundreds of wells across the city that are providing free clean water to residents while the government works on a long-term solution.

“Today, even in our informal settlements, there is no longer the problem of people having to pay for water. People used to pay 20 shillings for a jerrycan of water, but now we have built wells for them.

“What we are trying to do next year is to make sure that instead of going to a single water point, we are also expanding the water connections to ensure that people have access to clean water, sewage services, health, good roads and electricity ”said.

President Kenyatta lamented that despite generating more than 50 percent of the country’s GDP, Nairobi’s residents still struggle to access basic public services. He noted that the final phase of the city’s transformation plan is the issuance of property titles to residents who own land to empower them to own decent housing.