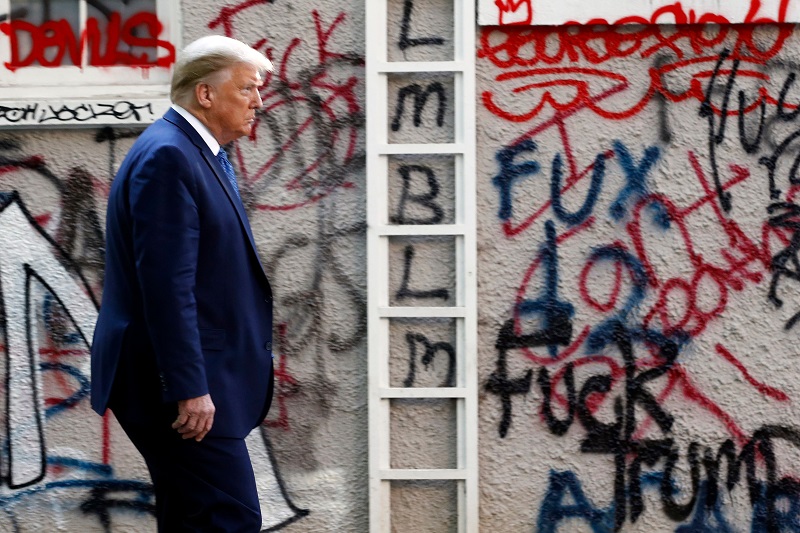 Remember all the jokes about President Donald Trump hiding in the White House bunker in May 2020? Trump said whoever released details of his stay in the bunker should be executed for informing members of the press.

CNN reports that the statement of execution was shared in a book that was written by Wall street journal reporter Michael Bender.

The stay in the bunker occurred during the protests over the murder of George Floyd. The protesters met and clashed with police in front of the White House and Trump, along with Melania Trump and her son Barron, retreated to the bunker.

In the book, Frankly, We Won This Election: The Inside Story of How Trump Lost, Trump spoke about the leak to top military, law enforcement and west wing advisers.

“Trump was enraged about the bunker story as soon as they arrived and yelled at whoever leaked it to stop smoking. It was the most annoying thing some aides had ever seen the president, ”Bender wrote.

“‘Whoever did that should be charged with treason!’ Trump yelled. ‘They should be executed!’ “

In the days that followed, Trump would ask then-White House chief of staff Mark Meadows if the leaker was found. Trump’s spokeswoman, Liz Harrington, has rejected the book’s account.

Lauren Berlant, Critic of the American Dream, Has Died at 63! Click to read in detail!

Soprano Prequel Trailer ‘The Many Saints of Newark’ Heralds The Birth Of A Legend!