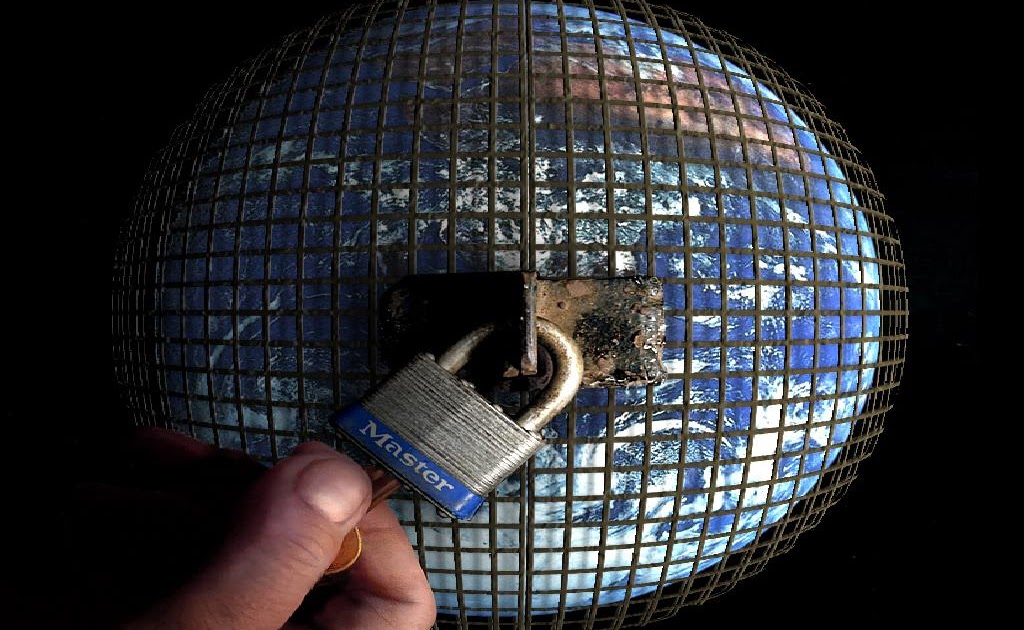 For all their talk about the intent to spread freedom and democracy around the world, the political elites of the US have as their number one aspiration to control and dominate our planet.

The main driving force behind this goal is fear, fear of uncontrolled people and nations similar to those that allowed the events of September 11, 2001.

These elites have an uncontrollable desire to make the US 100% safe at all costs, and the costs will surely be borne by the rest of the world while at the same time affecting the general US population.

Much of the technical network designed to monitor Earth’s population is in place. American satellites surround us, constantly listening to us alongside the NSA and others within the North American intelligence and security apparatus. Without a doubt, much more is being prepared. Confidential payload spaceflight is a common feature of a NASA program section.

But the American elites have a problem that their regime change program is designed to eliminate. This is the barrier that some nations pose to their goal of knowing and controlling everything that happens here on our planet. China poses the biggest barrier, then Russia. After these two come Iran and other weaker powers that do not submit to the requirements and command of the United States.

Make no mistake about it, these elites, aided and abetted by those in the UK, want to know everything important that is going on. They want to evade each and every possible threat and the only viable way to do this is through a comprehensive and totally invasive surveillance system of all telecommunications.

The network to do the above, as stated above, is already in place. It will be constantly improved, both on land, sea, air and space.

What is not yet in place is the control of nations that are unwilling to accept that they must bow to the US with regard to all aspects of their political life or economic systems that could somehow pose a threat. of any kind for US power and control.

The elites of the West have always considered themselves exceptional, the civilized powers, those on which the world depends to remain stable and at peace. They consider that they have the best possible systems, values, institutions and structures. What they do not accept and will never allow to enter their consciousness is that they are also the most pernicious and destructive powers, the most exploitative, manipulative and controlling. Its past history of slavery, genocide, colonialism and war shows this clearly.

For all the reasons mentioned above, it is vital that mainly China and Russia continue to advance, to maintain their technological prowess, build their economies in unison, connecting and reinforcing each other. Furthermore, to help preserve the sovereignty of those other nations threatened by the United States, such as Iran, Syria, Venezuela, Nicaragua, Cuba, and others, they must find ways to build stronger connections with them as well.

Arguably the space will present the biggest challenge of all for both sides. The virtual war to have the strongest presence will be one of the toughest. That is why the news of a Chinese space flight today to continue work on China’s new space station is so important. The United States must not be allowed to dominate the world from space. The proposed Sino-Russian station on the Moon will also play a vital role in ensuring that such dominance does not exist.

I repeat, the overarching goal of American elites since 9/11 has been to obtain complete oversight across the globe, to intercept all communications with a view to determining its effect on the US or its allies, and to nullify that effect in advance. . In fact, this will make our world a prison planet.

If China, Russia and the other sovereign nations that now refuse to give in to the wishes of the Western elites lose in the current quest to maintain their freedom, we will always find ourselves aware that we are being monitored day and night.

If China, Russia and the other sovereign nations that now refuse to give in to the wishes of the Western elites win and succeed in denying them their fervent desire to monitor and control us, then they will be forced to allow tolerance for diversity. This would mean that then we would maintain our freedoms and we would not be dominated by a single power, or a group of powers; The United States and its allies.

It really comes down to this at the end:

2. A PLANET WHERE DIVERSITY IS TOOL

Our common future as a species depends on what happens in the next decade ahead.

The continued rise of China, Russia and their allies will ensure the emergence of Outcome 2.

The desire of Western elites to enslave us technologically and militarily by winning the current war will guarantee the emergence of Outcome 1.

Trump said Hitler ‘did a lot of good things