Rand Paul: Nothing more authoritative than wanting to put unvaccinated people on the no-fly list
Advertisement 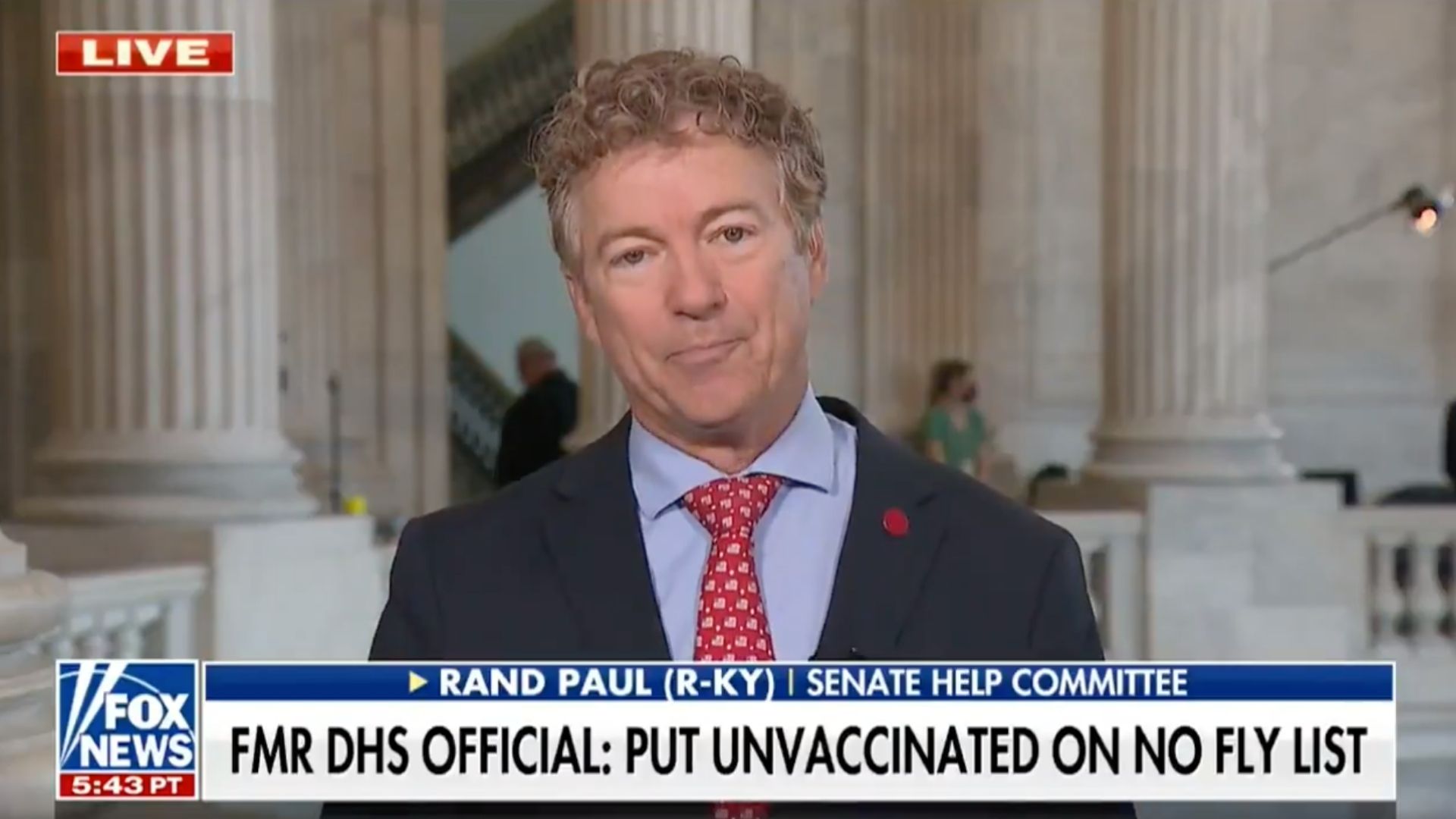 On Thursday, Senator Rand Paul had harsh words for President Barack Obama’s former Deputy Secretary for Homeland Security, Juliette Kayyem, who had motivated the Biden administration to put anyone not vaccinated on the no-fly list.

What could be more authoritative than the no-fly list for people who disagree with you? pic.twitter.com/R7sv9imMkJ

RELATED: DeSantis opposes Biden: ‘I get in your way’ to take away people’s freedoms

Senator Paul: ‘So what are we going to do, tell people they can’t fly for three months?’

Paul called the suggestion “obscene” and noted that there is nothing more “authoritarian” than putting a person on a banned list just because they “disagree with you.”

“You know that if we now disagree with our personal medical decisions with the left, they are going to declare that we are terrorists and that we cannot fly,” Paul said.

The banned persons list is a part of the Terrorist Detection Database.

The senator continued: “But even considering the practicality of that, even if you said, okay, we’re going to do this, even the CDC says you’re not supposed to get vaccinated if you’ve been infected within three months. “

“So what are we going to do, tell people they can’t fly for three months, according to the CDC?” Paul continued. “I, and other doctors, really think that his immunity against infection is going to last much longer.”

Paul added: “With the 2004 epidemic, people still have immunity. Spanish flu: there are living people who still have natural immunity since 1918 “.

“So I think natural immunity has to be taken into account,” observed Paul.

He continued: “But even according to the CDC, this idiot wouldn’t blow us up for three months, so it doesn’t make sense. It is a total collectivism. “

This is what happens to the leftists of the ruling class like @juliettekayyem (Harvard faculty, CNN commentator): They don’t just want to be branded out of politics, they want to ruin your life.

That is the fight we face today, and we must be honest about what is at stake. pic.twitter.com/269PDGnQD2

Senator Paul: ‘What could be more authoritarian?’

“And all these people are the same people who screamed and screamed and said, ‘Trump is leading us to authoritarianism,” Paul said.

“What could be more authoritative than a list of people who disagree with you?” I’ve finished.

The Atlantic updated their article headline without noticing the change. The the title now says, “Unvaccinated people must bear the burden.”